The deadliest kind of skin cancer, melanoma risk is increased by 75% with the frequently use of Tanning Beds according to new study by the Minnesota University.

According to a new study on tanning beds, the risk of melanoma is increased by 75% for individuals under age 30 who use tanning beds regardless of frequency of indoor tanning or type of tanning bed. The report is published in the May 2010 “Cancer Epidemiology, Biomarkers & Prevention”. Melanoma is the most common form of skin cancer in the United States and it accounts for 73% of the skin cancer related deaths. From the indoor tanning beds, the risk of melanoma becomes higher with increased frequency of application. And it applies to all ages and genders of people. In 2010, approximately 69,000 people in the US will be diagnosed with melanoma and the number is also increased with the time. 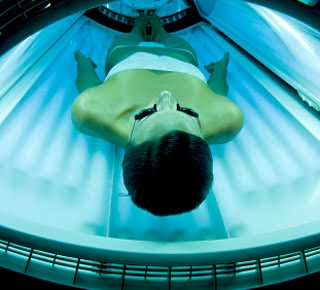 Melanoma is the deadliest kind of skin cancer and the risk increases as the time goes according to the U.S. researchers. Recent research was done at the University of Minnesota’s research center on 2,268 people, the largest study of its type. From this people, 1,167 people are found who had melanoma and tanning beds are used by 63% of them. This research has found that chance of developing melanoma is increased to 74%. The report said that people who use tanning bed commonly or who have spent more than 50 hours, 100 sessions, or more than 10 years in the beds, have a 2.5 to 3 times greater chance of developing melanoma in comparison to people who never use tanning devices in their life.

DeAnn Lazovich, a principal investigator of the study said, “We found that it didn’t matter the type of tanning device used—there was no safe tanning device. We also found—and this is new data—that the risk of getting melanoma is associated more with how much a person tans and not the age at which a person starts using tanning devices.” Studies have shown that younger people were at greater risk of melanoma but the risk increases with frequency of use, regardless of age and gender or the device used accrding to Lazovich.

Indoor tanners, regardless of frequency, have a 74 percent increased chance of developing melanoma. Frequent use increases melanoma risk 2.5 to 3 times, compared to individuals who never use tanning devices – regardless of age or gender.