Yesterday it was announced by Abbott Laboratories, the producer Similac baby formula that it is voluntarily recalling particular Similac-brand, powder infant formulas. The cause for this recall is that the certain containers and cans of infant formula may contain small insect parts and beetle larvae. The recall is only possible in the U.S., Puerto Rico, Guam and some countries in the Caribbean. Certain Similac powder product lines that come in 8-ounce, 12.4-ounce, and 12.9-ounce cans are included in the recall while Abbott liquid formula is not a part of the recall. 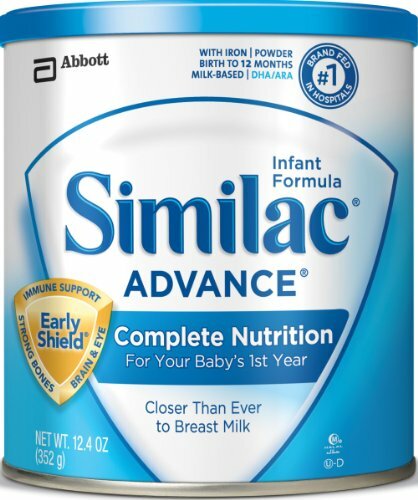 There is “no immediate health risk” associated with the beetle contamination, although “there is a possibility that infants who consume formula containing the beetles or their larvae, could experience symptoms of gastrointestinal discomfort and refusal to eat as a result of small insect parts irritating the GI tract,” according to the Food and Drug Administration (FDA). The company advised that “If these symptoms persist for more than a few days, a physician should be consulted.”

Products affected by this recall should be returned to Abbott. There is no cost to the customer. To find out if any of the products in their possession are affected by the recall, the customers can visit the official website of Similac and type in the lot number listed on their Similac infant formula container or call at (800) 986-8850. Due to the volume of visitors the Similac web site loads very slowly. The executive vice president of Abbott Nutrition, Holger Liepmann said, “Abbott understands that parents expect to feed their children only the highest quality product. We are taking this action so that parents know that the infant formula products they provide unquestionably meet the highest quality standards for which they are known. We regret any inconvenience this situation poses to parents and consumers.”