You are here: Home / Health / Powerful HIV antibodies Found – It can help to create HIV Vaccine‎


Scientists have made a remarkable discovery that may be the key to an AIDS/HIV vaccine. Two potent human antibodies have been identified that can stop more than 90 percent all HIV strains from infecting human cells. Antibodies called VRCO1 and VRCO2 deactivate more HIV strains with more force than any other known antibodies to the virus. These antibodies could be used to design enhanced HIV vaccines, or could be further developed to prevent or treat HIV infection according to them. The method used to find these antibodies could be applied to segregate curative antibodies for other infectious diseases. 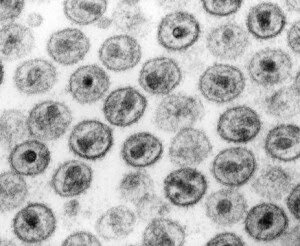 Director of the National Institute of Allergy and Infectious Diseases (NIAID), Anthony S. Fauci said, “The discovery of these exceptionally broadly neutralizing antibodies to HIV and the structural analysis that explains how they work are exciting advances that will accelerate our efforts to find a preventive HIV vaccine for global use.”


Scientists used an HIV protein that permitted them to segregate the two precise antibodies. These antibodies bind to parts of the virus that allow HIV to enter the cells it infects. This part of the virus does not change between most strains of the virus. John Mascola, MD, one of the leaders of the two research teams, said “The antibodies attach to a virtually unchanging part of the virus, and this explains why they can neutralize such an extraordinary range of HIV strains.”

Having a vaccine with two antibodies that could attack most strains, groups and subtypes would be a very easy way to prevent transmission and get around the virus’ ability to mutate and develop resistance. Mascola said his team has already begun to design components for a candidate vaccine that could teach the human immune system to make antibodies similar to VRC01 and VRC02 that might prevent infection by the vast majority of HIV strains globally. Testing would begin in small lab animals, then in non-human primates like macaques that can become infected with a simian form of the virus. If the animal results are positive, the next step would be to test the vaccine in humans. He also said such a trial would likely not occur for two or three years.

Antibody growth starts with the mixing of genes into novel combinations within the immune cells that make antibodies. Examination of the structure of VRC01 attached to HIV suggested that, from a genetic standpoint, the immune system likely could generate VRC01 precursors readily. The researchers also confirmed that VRC01 does not bind to human cells—a characteristic that might otherwise lead to its elimination during immune development, a natural mechanism the body employs to prevent autoimmune disease.

In the concluding stage of antibody development, antibody-producing B cells identify specific parts of a pathogen and then mutate, or mature, so the antibody can truss to the pathogen more firmly. VRC01 precursors do not bind tightly to HIV, but rather mature widely into more powerfully neutralizing forms. This extensive antibody maturation presents a challenge for vaccine design. In their paper, Dr. Kwong and colleagues explore how this challenge might be addressed by designing vaccine components that could guide the immune system through this stepwise maturation process and facilitate the generation of a VRC01-like antibody from its precursors. The scientists currently are performing research to identify these components.

Dr. Kwong said, “The discoveries we have made may overcome the limitations that have long stymied antibody-based HIV vaccine design.”