People think that games are the waste of time but studies show that games are really one of the most productive ways to spend time. Games help people in producing something more significant than economic bottom line such as powerful sentiments like curiosity, optimism, pride, and social connections by which lives can be changed and people can potentially get help in changing the world. According to studies, key to get success in life is playing video game an hour every day. 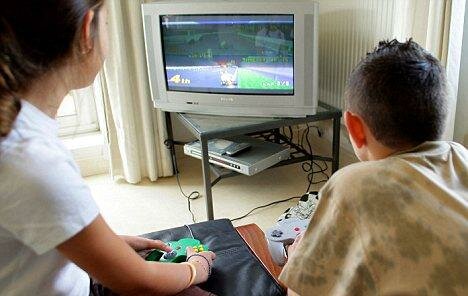 In the United States, 183-million people play video games for at least an hour a day. At present, over half a billion people worldwide play online games for at least an hour in a day in which 97% of boys, under 18 and 94% of girls, under 18 are reported to play videogames regularly. 10,000 hours of gaming are spent by the average young person of the age of 21. Most amazingly, over 40 hours a week is spent in playing games by 5 million gamers in the U.S, the same as a full time job.

Games are also an effective way to connect with friends and family; strengthen real-life and online social networks in ways that other type of social interaction can not do. Opposite to it, the most recent unconfirmed claims show that video games are responsible for a statistical rise in sex crimes in large part. As per McGonigal, games definite help to fulfill positive emotional needs of human-being, inspiring and teaching gamers in a way that is almost not possible to find in the actual world.

McGonigal writes, “Why are we increasingly turning to games? According to my research, it’s because games do a better job than ordinary life of provoking our most powerful positive emotions — like curiosity, optimism, pride, and a desire to join forces with others to achieve something extraordinary,” and “Games also, increasingly, are a particularly effective way to bond with our friends and family — strengthening our real-life and online social networks in ways that no other kind of social interaction can.”

Luckily, people get to practice being the best version of them; they become more hopeful, more artistic, more focused, more resilient in the face of failure, and more likely to set ambitious aims on playing games. People become more collaborative and more likely to help others, when they play multiplayer games. Actually, when people play a game together, they like and trust to each other more even if they lose the game.

Playing a game with somebody is an extremely effective way to get to recognize their strengths and weaknesses and what motivates them. To deal with challenges of real-world, this is exactly the kind of social knowledge that one needs to be able to cooperate and collaborate with other people. Latest scientific research shows that these all sentiments and actions can trickle into real lives of people. According to multiple studies, playing game can really leads to negative impacts such as depression and anxiety, if one plays more than three hours a day. Studies show that playing game will really start to divert real life goals of human if he/she spent 28 hour of playing a week by the time.