You are here: Home / Health / NYC May ban Soda and Sugary Drink from Food stamps

NYC May ban Soda and Sugary Drink from Food stamps

According to the new government attempt to fight plumpness, in New York City those who use food stamps to buy sodas, teas, sports drinks and other sugar-sweetened beverages may not be allowed.

Nation’s food stamp program is managed by U.S. Department of Agriculture. So Governor and Mayor Michael Bloomberg told that they are looking for the permission. If they are granted to add sweet drinks to the list of banned goods, It will help city people of New York.

Federal program which regulate the Food stamp considers many factors in bann list, but this time it would be the first time solely on nutritional value. 16 packets of sugar are equal to 20-ounce sugar sweetened drinks.

New York officials wrote in their suggestion, Spending government money on “foods of little or no nutritional value not only contradicts the intent of the program, it also effectively subsidizes a serious public health epidemic,”

For the people on food stamps in New York, as the part of an effort to battle obesity soda may shortly be off limits. State and city leaders are asking the Fedral government to add sweet drinks to the list of banned food stamp purchases.
New York City mayor Michael Bloomberg is worried about childhood obesity through food stamp. He said that, “there are many factors to childhood obesity, but the biggest is soda and other sugar-sweetened beverages.”

Thomas Farely who is the Health Commissioner of New York City  is hoping more chance to be approved than the 2004 Minnesota program as it focuses only on beverage. 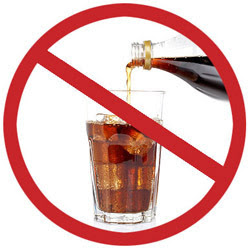 Bloomberg Helped New York also to be the first cities in the us to help customers to make decisions about their food by requiring fast-food and chain restaurants to label their menus with calorie information and said that “Sugar-sweetened drinks are not worth the cost to our health, and government shouldn’t be promoting or subsidizing them.”
The City said that in financial year 2009, New York received $2.7 billion in food stamp benefits and spent $75 million to $135 million of that on sugary drinks.

Food stamp ban can be more effective only when store participated with this program. They doubt about the chance to buy the prohibited drinks by traveling outside of food stamps.

Brandy Cruthird is a childhood fitness specialist in Massachusetts. She said that, the idea of Mayor Bloomberg’s exceptional. In New York City, above half the adult residents are fat or obese along with nearly one out of the four of public school students in nursery school through eighth grade. Brandy Cruthird said, “We as adults, we must step up or our kids are going to die early of diabetes and high blood pressure. And it’s not their fault. They don’t buy the food. It’s not their fault. They don’t put it in schools. It’s not their fault. It’s our fault. So we as adults have to lead the charge.” 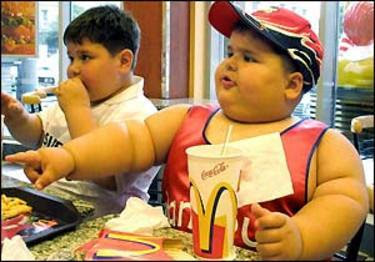 According to the City officials lower income residents are generally like to drink one or more sugar-sweetened drinks a day. Compared to the wealthiest, the adult onset diabetes is also twice and common among poor people of New York.

Earlier this year in New York, the application to adopt a penny-per-ounce tax on sweetened soda failed to get out of the state Legislature. The state proposal is backed by Bloomberg.

In New York there are many other harmful products with food stamps such as candy, potato chips and ice cream and candy. The sugary drinks proposal is targeted as they are the largest donor to obesity, said officials.

What is Food Stamp

In 1960s the system of food stamp has been launched and serves 40 million Americans per month and recently it does not restrict any food items based on nutrition.

The essential role of the Food Stamp Program is to protect the person of all ages and domestic status as it is the nation’s only important program to fight against starvation. To improve the nutrition of people with low income the Food Stamp Program provides coupons to cover part or their household’s entire food plan.

Though food stamp is a federal government program, it is run by local or state organization. Information or function of food stamp can be available from any Social Security office. Food stamp helps to buy food from grocery supermarkets and stores. You do not have to pay for food stamp and thus you have more money of your own for other. Food stamps are meant to add-on your net income. Food stamps could be received as more as your monthly expenses.

Sugar Soda Tax – A good Idea on not ? Video from You tube :