Baby recliners are being recalled by Nap Nanny after decease of an infant in Michigan. The product, baby recliner creates a soft, inclined place for babies to sleep and is used to help fastidious babies sleep. The infant was trapped between the Nap Nanny and her crib bumper she felts suffocation, then died. However, with the use of the safety harness, there have also been 22 reports of babies hanging or falling over the side of the Nap Nanny. The worry is when the Velcro straps are not properly attached to their D-rings. “as well, the Nap Nanny® is placed on a table, countertop, or other elevated surface and a child falls over the side, it poses a risk of serious head injury. 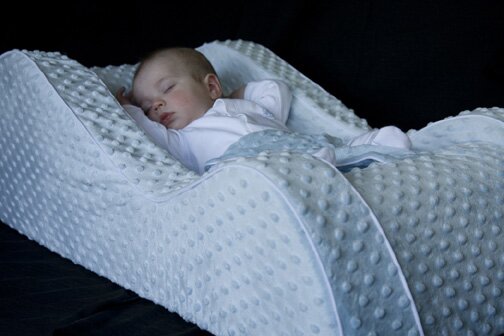 The Nap Nanny was designed to imitate the curves of a car seat elevating a baby slightly to help decrease reflux, gas, stuffiness or other troubles. Recliners were sold at toy and children’s retail stores nationally at about $130. This product can be used on the floor. Babies should sleep in cribs, on their backs, without stuffed animals, pillows, or blankets around them due to Babies can suffocate on those items.

The Consumer Product Safety Commission announced the recall Monday of 30,000 Nap Nanny recliners made by Baby Matters LLC of Berwyn, Pa. CPSC says, “it’s investigating a report that a 4-month-old girl from Royal Oak, Mich., died in a Nap Nanny that was being used in a crib. The child was reportedly found hanging over the side of the foam recliner, caught between the Nap Nanny and the crib’s bumper.” 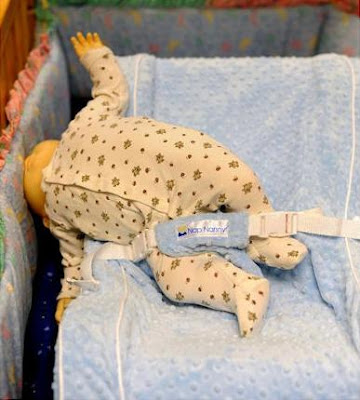 The agency said, “it is aware of 22 reports of infants, mostly under 5 months, falling over the side of the Nap Nanny despite most of the babies being strapped into the harness on the recliner.” CPSC said, “The Nap Nanny is not meant to be used in a crib and instead should be placed on the floor away from other products.”

The company are offering the following refunds and discounts on purchasing of Nap Nanny:

The basic tips to keep in mind when using the Nap Nanny:

If you have any issue about the recall or have further queries about the safety of the Nap Nanny, then you can call (888) 240-4282 between 9am and 5pm ET Monday to Friday.