You are here: Home / Health / Mississippi, Tennessee and Alabama are top Fattest states of America

Mississippi, Tennessee and Alabama are top Fattest states of America

According to the new report released on 29th June, Tuesday, Mississippi, Tennessee and Alabama are top fattest states of America. Mississippi is one of the top fattest states of America. The Trust for America’s Health (TFAH) and the Robert Wood Johnson Foundation released a report detailing America’s growing obesity epidemic calling for a national strategy to combat obesity. Obesity did not decline in any state with rates rising in 23 of them, found by ‘F as in Fat: How Obesity Policies Are Failing in America 2009’. 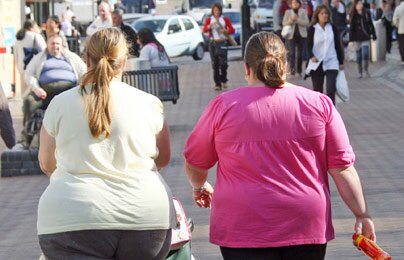 The top ten most obese state in the nation are Tennessee and Alabama second, West Virginia fourth, Louisiana fifth, Oklahoma sixth, Kentucky seventh, Arkansas eighth, South Carolina ninth and Michigan and North Carolina tenth most obese state in the country. Jeff Levi, Ph.D., executive director of TFAH said, “How are we going to compete with the rest of the world if our economy and workforce are weighed down by bad health”.

Last year, Tennessee State was on the fourth place in the list of fattest state but current year it jumped from fourth place to tie last year’s second place state Alabama. By CDC standards in 2009, nine states have obese populations that exceed 30 percent over a three-year average. Also, in ten states two-thirds of the citizens were either overweight or obese.

With an obesity rate 6% higher than runner-up Mexico, the United States continues to be the fattest country in the world. The national obesity rate has skyrocketed from 15% to over 30% since 1980. Japan and South Korea are among the slimmest countries with obesity rates barely over 3%.

Adult obesity rates for Blacks and Latinos were senior than for Whites in at least 40 states and the District of Columbia according to report. It was also added in report that Northeastern and Western states had the lowest adult obesity rates; Colorado remained the lowest at 19.1 percent.

In thirty states, the number of obese and overweight children is also increased with rates at or above 30%. Despite of programs that run in many states with the aim of improving the diets of children, obesity rate is increased. Only four states had nutritional standards for school lunches in 2004 but recently nineteen states do this.

More than 12 million children and adolescents in the United States are considered obese according to the report by the Trust for America’s Health and the Robert Wood Johnson Foundation. 84 percent of parents consider that their children are at a healthy weight according to survey, but research suggested that nearly one-third of children and teens are obese or overweight.

The risk of heart disease, diabetes, some cancers, arthritis and other conditions is increased being overweight or obese. Obese children are more probable to be burdened with risk factors related with heart disease and type-2 diabetes.