A New Diet Pill, Lorcaserin appears to be showing promise in clinical trials. A study found that the diet pill helped about half the people who tried to reduce their weight, without any side effect. 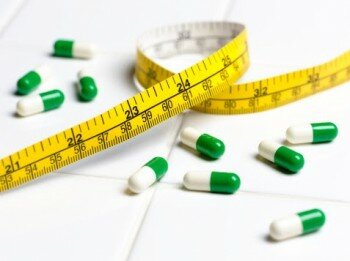 Researchers say, An Experimental weight loss drug has been invented that targets the brain’s hunger center, shown to be safe and effective for helping dieters.

Most of the consumers are tired by consuming new and unproven diet pills. Lorcaserin is a diet pill that has received an increased amount of media attention over the course of the last few weeks, and the attention has left many wondering if the pill works and whether or not it is safe to take.

Every year millions of Americans turn to supplements to help them lose weights. We have seen weight loss pills enter the open market, only to be pulled off of shelves amid safety concerns.

The weight loss is not huge, but for now the downside does not appear huge either. It works on the serotonin receptor the same appetite-controlling hormone targeted by the notorious drug fenfluramine, the “fen” component of combination medication fen-phen. But lorcaserin is far more selective than the drug fenfluramine and much safer, lorcaserin’s manufacturer says, because it specifically targets the serotonin receptor associated with hunger while having no impact on the heart.

Arena Pharmaceuticals’ lorcaserin is one of three drugs that are boosting hope for a new generation of more effective weight-loss medicines.

A drug company studied of 3,100 obese or overweight people found that half of those taking Lorcaserin for a year lost 5% or more of their body weight. But those taking other similar pills, they lose only half of it.

Most people don’t stick to diets. And diet pills have had bad side effects or can’t be taken long-term. A low point came in 1997 when the popular “fen-phen” was pulled from the market after it was tied to heart valve problems.

It is expected by experts that Lorcaserin will achieve approval of the FDA. The FDA is place to review lorcaserin on September 16 hopefully.

One good new for dieter that Lorcaserin has the least side effects, Lorcaserin also improves blood pressure, heart rate, cholesterol, insulin resistance, levels of inflammatory markers and blood pressure, all of which are markers for future cardiovascular events.

Lorcaserin is still in the trails stage, but till now it is showing great results on all the test subjects. The drug company which is conducting the tests and will be ultimately selling the pills is Arena Pharmaceuticals and according to their test results, Lorcaserin helped lose five percent of the body weight of an average person over a year. Lorcaserin works in a similar manner to “fen-phen” but appears to do so in a safer manner.

Lorcaserin’s plus side is that it has minor side effects like vomiting, dizziness and headaches and does not pose a major health risk like valve problems, blood pressure or cholesterol levels.

Current diet pills include the appetite suppressant phentermine; sibutramine, an appetite suppressant sold as Meridia; and orlistat, a drug that blocks fat absorption and is sold as the prescription drug Xenical or the over-the-counter Alli. They are all problematic. Phentermine has been linked to heart palpitations and higher blood pressure. Sibutramine has been tied to heart risks and has been removed from the market in Europe; the FDA will review its risks and benefits later this year. And orlistat can cause stomach pains, gas, and bowel leakage.

Dr. Robert Kushner, a weight-loss expert at Chicago’s Northwestern University said, “There’s a whole group of individuals we cannot use these current medications on.” and advised a company that makes another experimental diet drug.

The two other drugs before the FDA are combinations of medicines already on the market. A Food and Drug Administration panel of experts will meet Thursday to review Vivus Inc.’s Qnexa and make a recommendation on the drug. It combines phentermine and topiramate, a drug used for migraines and epilepsy that has raised safety concerns. In briefing materials, the FDA acknowledged the drug’s effectiveness, but voiced some concern over potential side effects, which could include depression, memory and concentration lapses, and heart-related issues.Topiramate carries warnings about possible suicidal tendencies.

Orexigen Therapeutics Inc. makes Contrave which combines bupropion and naltrexone. The first is used to help people quit smoking and deal with depression. The second is used to decrease cravings for alcohol and illegal drugs.