New research at McMaster University in Hamilton, Ontario, has revealed that straining to lift lighter weights, a greater number of times is also the key to build muscle size as it pumps iron until muscle fatigue sets in. People widely believe that lifting heavy weights helps to pump up muscles but it is not the only way to build muscles.

Possibly, the pumping of iron is the real ingredient of boosting muscle size until an individual attains muscle fatigue. Recent study has shown that a similar degree of muscle building can be achieved by using lighter weights than heavy weights. It is more effective to lift a lighter weight many times than to lift a heavy load that you can only handle five or 10 times.

For muscle build-up, it is vital that the body reaches muscular fatigue rather than lifting heavy weights. Light weights presenting a percentage of what the participants could lift were put to employ in the course of the study. For the study, researchers enlisted 15 healthy men with an average age of 21 and each was told to lift light weights and heavy weights with varying repetitions. Heavier weights were set to 90% of a person’s best lift but light weights were at not more than 30% of what people could lift. It was discovered that people ranging from 90-80% can lift 5-10 times before fatigue is witnessed. Alternatively, at 30% participants were able to lift that weight at least 24 times previous to they reported fatigue. 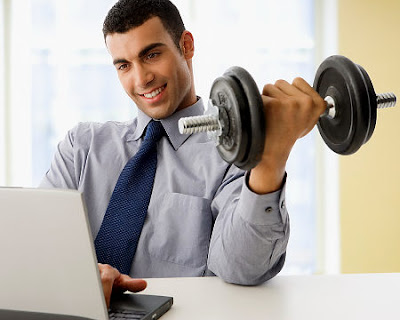 Stuart Phillips, PhD, associate professor of kinesiology at McMaster said, “Rather than grunting and straining to lift heavy weights, you can grab something much lighter but you have to lift it until you can’t lift it anymore. We are convinced that growing muscle means stimulating your muscle to make new muscle proteins, a process in the body that over time accumulates into bigger muscles”.

People who are members of the lighter-load group were consistently able to carry out greater total exercise volume that is, greater load X repetitions. The researchers write that low-load high volume resistance exercise is more effective in inducing acute muscle anabolism as per revealed by muscle biopsies and blood samples. Also, the rate of myofibrillar protein synthesis is high in the low-load group at 24 hours after exercise.

“We are excited to see where this new paradigm will lead. The findings would have implications for people with weaker muscles including the elderly, patients with cancer, or those who are recovering from trauma,” said Professor Phillips.

It was revealed that new data have practical importance for recreational gym-goers who want to get more out of their weight routines. Also, the finding may have more important implications for patient rehabilitation. This new study is published in the Public Library of Science (PLoS).