Recently, Italian official has launched an international on mozzarella cheese due to possible contamination of it after balls of the creamy white delicacy turned blue. People all over the continent reported that the milky-white cheese quickly developed a bluish tint when the package opened. After receiving reports from consumers around the country, Italian police sequestered 70,000 mozzarella balls from supermarkets. 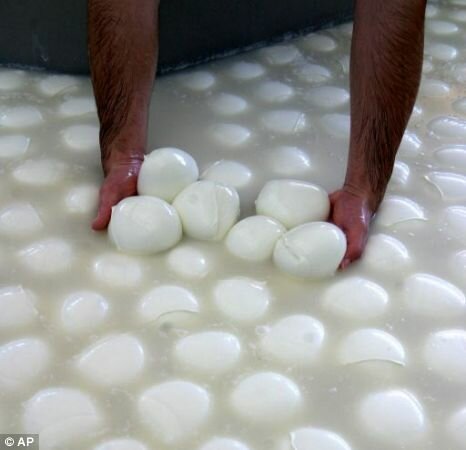 The reports have shown that mozzarella cheese would look fine when they bought by people, but the moment they opened the package and air touched the surface, the cheese would turn blue. It has been called ‘Smurf Cheese’. Officials are anxious that it could be an indication of serious contamination, possibly of bacteria.

For testing, the mozzarella cheese has been sent to a number of different laboratories that normally deal with anti-doping testing in sport to see if they could detect any foreign substances. The results were expected to be known in a few days. Giancarlo Galan, Agriculture Minister ordered ministry laboratories to investigate what he called a “disturbing” development. 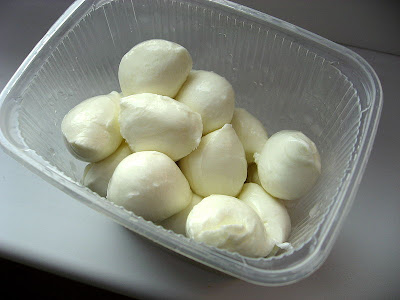 Immediately, no cases of illness were reported but the health ministry in Rome alerted German authorities and the European Commission about the product. As one of Italy’s signature foods, mozzarella is used in pizzas, panini and even the signature “caprese” salad in the red-white-and-green colors of the national flag _ ripe tomatoes, creamy rich cheese and fragrant basil leaves.

Many people supposed that all mozzarella is Italian-made but Italian agriculture authorities said some of the buffalo mozzarella comes from an area south of Rome, had fallen below standard after traces of cow’s milk were found in it. Sergio Marini, The president of the agriculture lobby group said, “He wanted a law introduced that would make it compulsory to clearly label mozzarella which contained non-Italian milk and milk powder.”

This is not the first disgrace to hit the world of Italian mozzarella. In 2008, the region around Naples, police investigated reports that some cheese was being made with milk tainted by the chemical compound dioxin, possibly due to the use of contaminated feedstock provided by the local Camorra mafia, who are heavily involved in illegal waste disposal. A chemical compound, dioxin is carcinogenic in nature.

Instantly, authorities didn’t make public the name of the German company which creates the suspect mozzarella or the Italian label on it. According to the health ministry, areas in Italy where the blue mozzarella might be feigned sale were put on alert in case the product shows up in stores.