You are here: Home / Health / Four Loko Banned in Ohio: What makes it So Dangerous?

Four Loko Banned in Ohio: What makes it So Dangerous?

Four Loko is a caffeinated alcohol drink, broadly known as “black-out in a can” and “liquid cocaine” which is famous among college students. Numerous colleges have banned the Four Loko and many are warning students of its consequences. Against the alcoholic drink Four Loko and similar products, even though some states’ Liquor Control Commissions have been taking action, no public moves is made by Ohio to follow suit. At present the US FDA is looking into the safety of Four Loko malt beverage, but the drink is still permissible in all of the US, counting OH. 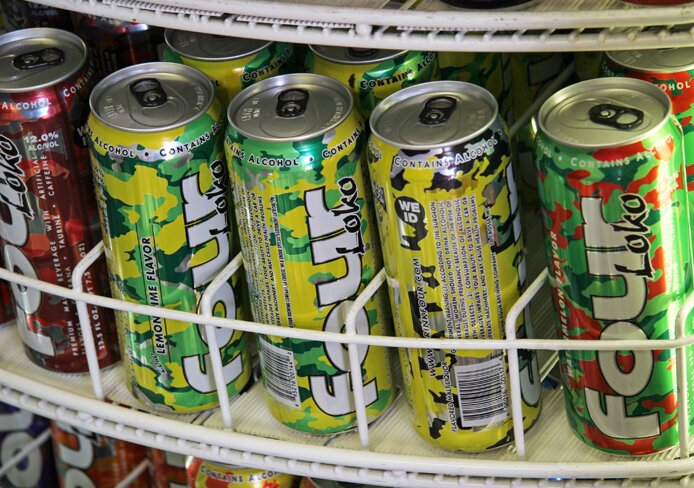 It has become the internet’s most-talked-about beverage over the last few weeks. New York and Connecticut joined the growing number of states pulling Four Loko from their shelves this week. Various colleges have also banned the beverage from campus and warned students that one $2.50 can is alike quite a few bottles of beer and numerous cups of coffee.

Phusion Projects (created by three Ohio State alumni), the Chicago-based manufacturer of Four Loko opposed the ban and said in a statement that it plans to defy it. The Nov. 4 statement said, “We intend to pursue all legal options and vigorously challenge the Commission’s action as procedurally and substantively deficient, well before the ban would go into effect“. 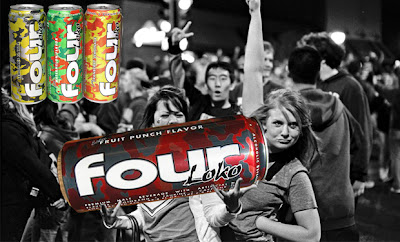 In 2006, Four Loko was created by three alumni from Ohio State University and it was first introduced in Ohio, then Arizona, California and Illinois in the same year. This energy drink include the normal suspects, caffeine and taurine but also adds the kicker of alcohol content, which is three times that of a regular beer.

Four Loko comes in a creepy and tantalizing neon-colored 23.5 ounce can that consists of 12% alcohol-by-volume malt beverage with 135-milligrams of caffeine and costs nearly $2.50.

Four Loko ranked fourth in sales growth among alcoholic beverages at 7-Eleven stores in the US in 2009. Ramapo College of New Jersey banned the possession and consumption of Four Loko on its campus subsequent the hospitalization of seventeen students and six visitors in October 2010. Therefore Worcester State University stopped the sale of all energy drinks and Boston College informed their students of the risks involved in consuming Four beverages. After nine university students aged 14 to 19 from Central Washington University in Ellensburg, WA became sick at a house party in Roslyn, WA, the state of Washington banned Four Loko. With a blood alcohol level of .30, one university student almost died. After this most recent incident, Washington State Attorney General Rob McKenna is calling on the Food and Drug Administration to ban the drink wholly.

Loko comes in eight flavors; Orange, Fruit Punch, Lemonade, Cranberry Lemonade, Uva (grape), Watermelon, Blue Raspberry and Lemon Lime as per the Phusion website. By the FDA, Phusion Projects and many other booze/caffeine beverages are under investigation to resolve the safety of such products. 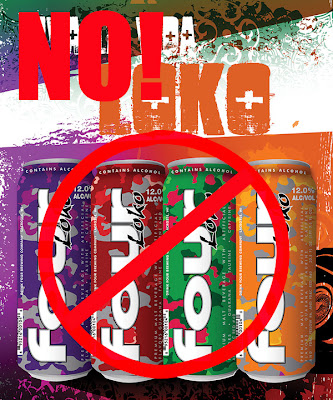 The mixture of high alcohol and high caffeine makes the drink tremendously potent. The natural reaction of the human’s body to alcohol is to get snoozing that serves as a protection from alcohol poisoning. The danger with Four Loko is with the caffeine that permits the imbiber to stay awake to consume more alcohol than they would generally be able to drink. It was found in the study done at University of Florida in Gainesville, Florida, that students who combine caffeine and alcohol thought they were proficient of driving more often than those who drank non-caffeinated alcoholic drinks.

Ohio Department of Commerce Director, Kimberly Zurz said, “In recent months, the Division has become aware of serious health concerns associated with the use of alcohol energy drinks, and believes that those products pose a significant threat to the safety and health of Ohio consumers“.