There are many drinks preferred by the college students and ‘Four Loko’ is one of them. Four Loko is an alcoholic energy drink prepared from mixture of caffeine and alcohol. This energy drink contains12% alcohol volume that is 3 times the quantity of a regular beer so it has been proved dangerous and leads the students sickened. 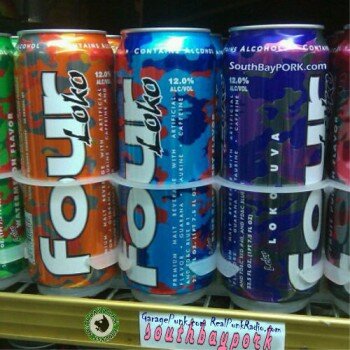 Four Loko is produced by Phusion Projects Inc, of Chicago. Four Loko drink is obtainable in different varieties like Citrus, Grape (Uva Berry), Fruit Punch, Orange Blend, Watermelon, Blue Raspberry, Lemonade, Cranberry Lemonade, and Lemon Lime. These flavors are added in the drink to hide the alcohol test. It is more chosen by the students, who want to drink rapidly and cheaply. This drink becomes the reason for many serious damages and sometimes becomes a cause for death.

Recent incident happen in the Washington campus. 50 people have drunk this drink at party in Roslyn. Nine students, who have consumed Four Loko drink, were sickened‎ and hospitalized and female student nearly died. Blood-alcohol levels of these students is observed 0.12 percent to 0.35 percent. Concentration of blood-alcohol about 0.30 percentis is considered to be potentially poisonous. All these students were first time drinkers and ranging in age for 17 to 19.

Washington Attorney General Rob McKenna has prohibited the drink and sent the letter to the FDA saying that drink, “present a serious threat to public health and safety.”

There are 23 cases of students being hospitalized due to consuming Four Loko drink at Ramapo College in Mahwah. Four Loko fruity flavors compose it easy to drink multiple cans speedily. Alcohol and caffeine both are diuretics so the drinker may lead to dehydration. Health experts assume that the drink including caffeine can hang the effects of alcohol use and permits the person to consume more than usual. Four Loko is also reffered as “blackout in a can.”

Recently, some people discussing about safety of this energy drink. Discussion takes place between Reverand William Rocky Brown III and Nafis Nichols and Nichols said about the dangerous of Four Loko aka “legalized liquid cocaine.”

In November 2009, the FDA sent a warning letter to Phusion and told to give details that shows combination of caffeine and alcoholic is safe but case remains open. Phusion said that people have consumed caffeine and alcohol jointly undamaged and its aim is to make campuses a safe and healthy environment.

A study which was done at the University of Florida searched that students who consume Four Loko may think they were able to driving more often than those who consume non-caffeinated alcoholic drinks. Several states have prohibited the drinks and two universities have excluded them from campus while the Food and Drug Administration reviews their safety.

College Student Alex Barrera said, “The caffeine is suppose to like heighten the buzz from what I understand, because it helps absorb the alcohol or something like that.”

Physician Paul S. Worrell said, “I would highly recommend that everyone avoid ingesting caffeine with this level with alcohol.”