Head lice are a common, contentious and exasperating problem for parents and teachers throughout the school year. Recently, the American Academy of Pediatrics (AAP) issued new recommendations saying that children with lice should be permissible to stay in school. According to the organization, keeping lice-infected children home from school is a waste of time and ineffective at stopping spread. Lice could affect school-aged child and are spread easily by head-to-head contact. Although they pose no health risk, they make skin itchy.

In first update to lice guidelines since 2002, the AAP notes that head lice are not a health hazard. Also, it states that “no-nit” policies that stay kids with lice at home don’t benefit anyone and “should be abandoned.” Generally, the controversy related head lice, isn’t about where they got infected, but in place it revolves around how you are going to get rid of the lice.

Now, the American Academy of Pediatrics has offered new guidelines on how to treat the most difficult cases of the pesky parasite.  Dr. Barbara Frankowski, one of the study authors and a pediatrician in Burlington, Vermont said, “We’re still recommending the first line products because they have an excellent track record, but making sure parents are aware of second line products most of which are available by prescriptions.”

According to the guidelines, “A child should not be restricted from school attendance because of lice, because head lice have low contagion within classrooms.” For the effective control of head lice infestations, international guidelines was established in 2007 which stated that no-nit policies are unjust and should be discontinued, as they are based on misinformation rather than objective science.

In the United States, head lice affects up to 12 million kids every year according to federal health officials. And as much as $1 billion is spent yearly on treatment of head lice. Head lice do not spread infection but they have itch-inducing effects which are well known. The size of adult lice is about the size of sesame seeds but frequently they are hard to spot as they can move around the head speedily. Nits- small, empty egg casings, that look like they could be dandruff but are stuck on to the root of the hair, are easier to spot.

When kids do have lice, parents frequently go to extreme measures however “herculean” measures aren’t necessary, as per authors. They advise that lice die in environments that are too hot or too cool, so washing bedclothes in hot water, or quarantining stuffed animals in bags for a couple weeks should be enough to get rid of the lice and their eggs. 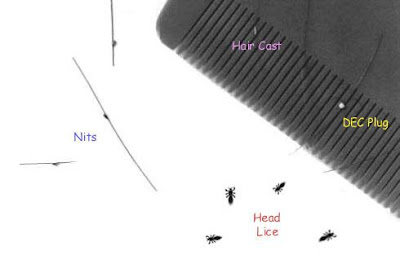 The AAP report also warns that many common lice “treatments” have not been well researched or are not approved by the Food and Drug Administration. They have also reported resistance to some of the first-choice treatments, products including Nix and RID should still be at the top of the list in most cases. Frankowski said, “They’re very safe (and) they’re relatively straightforward to use.”

The AAP report also warns that lice are becoming resistant to the current pesticides used against them. They say that some of the prescription medications and over-the-counter products used to kill the bugs may no longer be effective in some areas because the nits have built up resistance.

Frankowski said, “School nurses can help recommend the best lice treatments but parents also shouldn’t hesitate to talk to their pediatricians if they’re not sure what to do. The most important is that parents not panic when their kids come home with lice.”

Generally, the main treatments for head lice is to use a head lice shampoo, like Rid or Nix, and then patiently and diligently removing nits with a lice comb. For whatever products you select to use, be sure to follow the manufacturer’s instructions.

The lice are hard to find and remove as there are often a lot of nits on a child. So, you may continue to find nits for days after treatment. This doesn’t mean that the treatment didn’t work properly. If you constantly find live lice after treating with a anti-lice shampoo then that likely does mean that it didn’t work or your child was reinfected with lice.

Recently, the United States of Food and Drug Administration has approved a new treatment for head lice. This new treatment approved by the FDA will require a prescription. This medication is considered stronger than those previously recommended. Benzyl alcohol lotion is the newly approved head lice prescription medication. It may be used on anyone over the age of six months.