You are here: Home / Health / Campbell Recalls 35,000 Cases of SpaghettiOs

A popular grocery store product, “SpaghettiOs” is voluntarily recalled by the Campbell Soup Company on 17th June, Thursday, because of concerns that they were not fit for human consumption. The company has announced recall covering three types of their ‘Spaghettios With Meatballs’ products because of “possible under-processing”. The recall was announced after a routine warehouse inspection and subsequent investigation discovered the potentially under-processed product originating from its Paris, Texas plant. 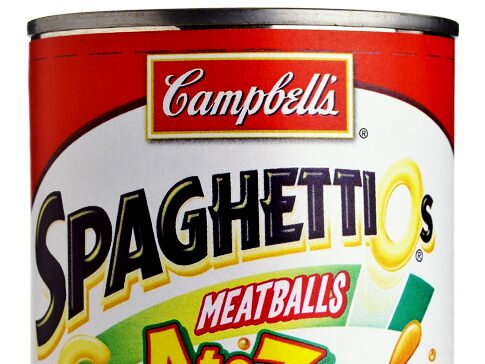 The recall covers 14.75 ounce cans of SpaghettiOs with the product code “U5″ on the bottom of the can, “SpaghettiOs” A to Z with Meatballs with the product code “4N”, and “SpaghettiOs” Fun Shapes with Meatballs with the code “KS.” In the 2010 Campbell’s Spaghettios recall, products included which have a use-by date between June 2010 to December 2011, and a plant code stamp reading “EST4K”. The U.S. Department of Agriculture says that the affected varieties were manufactured between December 2008 and June 2010.

Spokesman Anthony Sanzio said, “The Company did not believe the product under recall had reached consumers, but acknowledged it was possible it had. Should a consumer eat under-processed SpaghettiOs, they might experience gastrointestinal issues, such as nausea or vomiting.” He said that the company believes there are about 35,000 cases of SpaghettiOs subject to the recall on the market right now and USDA announced the recall of 15 million pounds because that is all of the product that has been manufactured since December 2008. Much of it has likely been consumed.

Consumers who have questions about the recall of “SpaghettiOs” can call Campbell’s Hotline at (866) 495-3774.