You are here: Home / Health / Body Shape Is linked to Mind Powers

Body shape and the distribution of fat are both associated with mind powers based on the research from Northwestern Medicine. Obesity is always considered harmful but the body shape in women also plays a role in overall mental functioning and in loss of memory. Scientists claim that the more weighs, the worse is her memory. Also, the facts proved that pear-shaped women, who carry excess fat around their hips, are more at risk than women who are apple-shaped, or fatter in their waist. 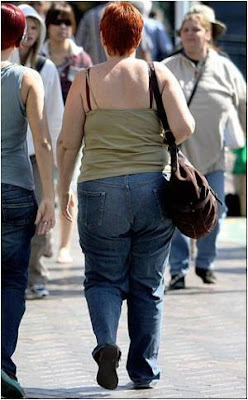 Dr. Diana Kerwin, the lead author of the study and an assistant professor of medicine and a physician at Northwestern Medicine said, “We need to find out if one kind of fat is more detrimental than the other, and how it affects brain function. The fat may contribute to the formation of plaques associated with Alzheimer’s disease or a restricted blood flow to the brain.”

The study that covered over 8,700 women aged 65 to 79 without signs of brain abnormality or dementia, were recently published in the American Geriatric Society journal. Study authors highlighted the relation between obesity and poorer memory. They also mentioned that a one-point higher body mass index equals a one-point lower memory score. According to a study, excess fat in the body may contribute to plaque buildup in the brain which resulted in to Alzheimer’s disease (Loss of memory).

Another reason for diminished memory may be that the fat deposits in artery cause a restriction of blood flow to the brain. This was also shown in women who were free of high blood pressure and diabetes. Hormones such as cytokines, can cause inflammation, may also be released which affect the brain, as the study hints that estrogen may be involved in cognitive function.

Kerwin said, “Obesity is bad, but its effects are worse depending on where the fat is located. The study tells us if we have a woman in our office, and we know from her waist-to-hip ratio that she’s carrying excess fat on her hips, we might be more aggressive with weight loss. We can’t change where your fat is located, but having less of it is better.”

The study has published in Wednesday’s Journal of the American Geriatric Society. In the study, all women scored within the normal range. It was the pear-shaped women who had the lowest scores as opposed to the apple-shaped women which apparently are not affected as much. Also, the researchers indicated one limitation of the study that was strength. The study was also restricted to white women that means racial differences could not account for the results.

Other limitations included in the study are its cross-sectional design, the reliance on participant self-reports for key data, and the lack of domain-specific measurements of cognition in the MMSE.

Types of body shape of women:

As comparison to narrower hips, apple shaped women have broad(er) shoulders. Women, who have waist/hip and waist/bust ratio greater than 0.75, are considered an apple. This bodytype woman has higher androgen levels compared to woman with other body types. 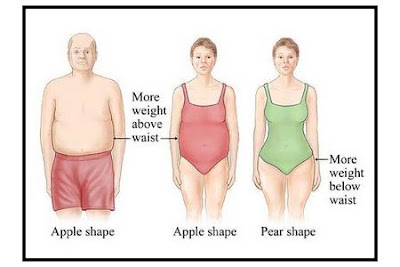 Women having this body shape have waist measurement less than 9 inches smaller than the hips or bust measurement. They have relatively high androgen level compared to the estrogen level.

Hourglass shaped women have almost of equal size of hip and bust with a narrow waist. Fat is distributed in the body around both the upper body and lower body. You have an hour-glass body shape if your hip and bust measures within two inches of each other or your waist/hip and waist/bust ratio is less than 0.75. It is considered to be the ideal or perfect body shape.

It is also known as a column shape. They are lean with long legs and the shoulder width is equal to the hip width, think model. They have waist/hip and waist/bust ratio greater than 0.75.