You are here: Home / Entertainment / World of Jenks – Living with Maino

World of Jenks – Living with Maino

A new documentary series, “World of Jenks” shows the lives of inspirational young people from all corners of the United States. In this series, Andrew Jenks 24-year-old documentary filmmaker travels in with a different stranger to experience a week in their life. He packed up all his stuff and grabbed a few friends and moved in, capturing the whole experience along the way on film. 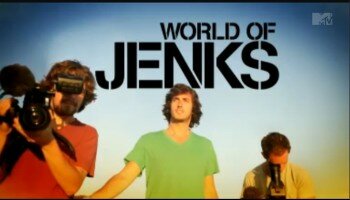 Jenks submerges himself into the lives of a variety of people in the series. “I move into all these different subcultures in America and try to get an understanding of what is really going on,” said Jenks, who started making documentaries as a child living abroad in order to capture the culture around him. In the first episode of “World of Jenks”, Jenks spends his whole week with rap star Maino, a former convict, trailing him on tour and visiting his old neighborhood in a rough part of Brooklyn.

Jenks’ flat voice-over starts out unpromisingly: Noting that he listened to hip-hop while growing up in the suburbs, he says, “I mean, rap is really part of pop culture.” Things pick up when Maino questions whether Jenks can handle his life, specifically his nightlife. After partying, Maino says, “I wanna wake up almost dead.”

“You know, we’ve done everything from living with a homeless girl in San Francisco to living with an animal rescuer in Miami, to living with a high school football star in West Texas,” said Jenks, who spends about a week with each individual. “I’ve been able to move into all different sorts of weird, funny, interesting, dynamic, unique situations and really experience them firsthand, and been able to capture them with our cameras.”

Jenks said, “When we moved into the streets of San Francisco, we thought the homeless kids might kind of be into it“. He also added, “But they hated it. They hated us. They didn’t want people filming them.” His subjects, however, such as a young autistic man who was initially cautious of letting Jenks into his life, have generally warmed to him rather quickly.

“I think with a lot of the subjects, it’s a matter of showing that I sincerely care, and I do,” said Jenks, adding that he keeps in touch with the people he films. “I want to get to know who you are and what you stand for.” Jenks will be at the VMAs on Sunday, but said his mind will be elsewhere. He said, “I think I’ll be kind of jittery and waiting for the episode to air”.