You are here: Home / Entertainment / What will you see in Entourage Season 8?

What will you see in Entourage Season 8?

Entourage is an American comedy-drama television series which broadcasted on HBO. Entourage brings to us a new season in the coming year 2011. HBO confirmed that Entourage would return in the Summer of 2011 for a shortened season, which will be the show’s last. Perhaps, the upcoming season contains six episodes although the number of episodes was not officially disclosed.

The series was created and is largely written by Doug Ellin and chronicles the acting career of Vincent Chase, a young A-list movie star, and his childhood friends from Queens, New York City, as they navigate the unfamiliar terrain of Hollywood, California.

Season seven of this hit comedy series finds Eric (Kevin Connolly) back together with Sloan (Emmanuelle Chriqui) and Lloyd (Rex Lee) adjusting to life as an agent. Experience the glamorous adventures of handsome Hollywood movie star Vincent Chase (Adrian Grenier) and his best buddies as they confront exciting new romances, complicated career decisions and the many challenges of working with egomaniacal super agent Ari Gold (Jeremy Piven). Creator Doug Ellin is also planning on writing a film after the series ends. 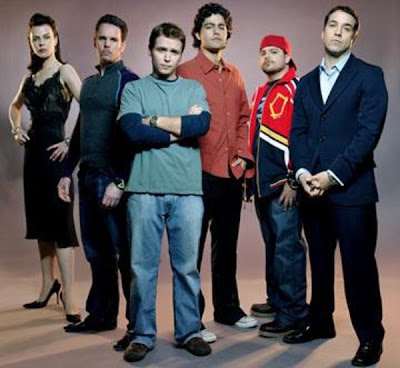 “The plan right now is we’ll finish up this season, we’ll do a shorter order for next season, we’ve talked about six,” said Michael Lombardo, HBO programming president. “Creator Doug Ellin is appropriately reserving who wants to write a film, but wants to do it when the story will make sense. He’s pitched other shows to us. I will expect that within the next couple years. But ‘Entourage’ next summer will definitely be the final season.”

He also added, “Curb Your Enthusiasm,” executives said, has no end in sight provided Larry David wants to continue the show, which should return next year; “The No. 1 Ladies Detective Agency” may have an HBO movie or two but is finished as a series; the prospect of having David Milch, Dustin Hoffman and Michael Mann working on the same horse-racing drama “Luck” will “be either magic or mayhem.“