An American comedy-drama television series, Weeds Season 6 has been started from the 16th August, 2010 at 10ET/PT on the Showtime cable television network. For the season 6, a teaser was released on June 3, 2010 which depicts Nancy disposing of the croquet mallet and evading the police. It is the popular comedy show and the first season of the series was started in 2005, created by Jenji Kohan and produced by Lionsgate Television. Also, the season premiere was leaked on August 1st, 2010 and it wins hearts of all peoples. 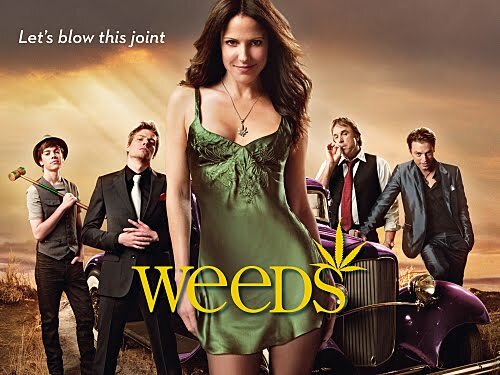 Weeds season 5 ends with Esteban’s lady political handler hovering face down in the pool, dispatched their by Shane’s mallot to her head. And the season 6 of the weeds starts right after the ending of season 5. The season 6 will bring a lot of funny stuff and the past series got a piece of situation, encouraging the writers to work well as people find out to love the rest of its story, according to Weeds spoilers and reviews. Formerly, the show was added to the list of Emmy Awards nominee from the outstanding scenes and actresses who debuted with their dazzling performances.

In season 6, the Botwin family is about to trace a new path from the death menace tailing to the child of Nancy as the aftermath of Mexico’s killing. Now, they looks for a safe place to hide from the never ending chased of the law enforcement. Weeds Season 6 Premier carried back Mary Louise Parker to continue the series with a pair of thrilled moments with the authorities. In long and storied career, Mary-Louise Parker has won four awards, one of which included a Golden Globe for her turn as the pot-selling family’s matriarch.

Mary-Louise Parker said, “She doesn’t see the big picture ever. He was kind of the moral conscience of the show. He was always the sweet son that was always kind of getting sort of son by Nancy. When he fell, he sort of went really far.” In season 6, Alexander Gould plays Shane and he has his own perspective on the character. He said, “He’s taking the role in the family of being kind of the protector, because of what he’s done.”

Kevin Nealon said, “He walks into an ambush, and Cesar and Ignacio take him hostage, and try to force him to reveal where Nancy and her family are. But Doug does not know. The overarching theme for the season is to survive.”