You are here: Home / Entertainment / Victoria Principal donates to oil-spill

To clean up oil spill which continuously pour into the Gulf of Mexico, Victoria Principal has donated $200 thousand dollars. Victoria Principal is an American actress and is famous for her role as Pamela Barnes in TV series Dallas. 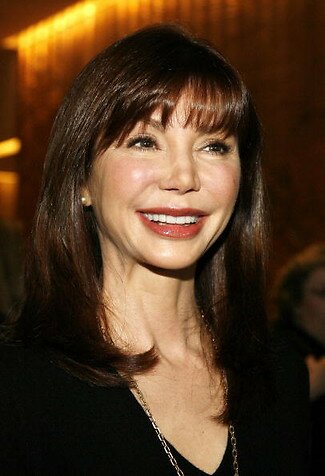 An actress, Victoria Principal made the donation to promote the two nonprofits to work together to address the damage along the Gulf Coast and shore up a shift toward renewable energy according to Oceana and the Natural Resources Defense Council.

Among a handful of celebrities who have become involved with the cleanup efforts, the former “Dallas” star Victoria Principal is one. Other Celebrities involved in such effors are Ted Danson, James Cameron, Kevin Costner. Ted Danson is an outspoken detractor of offshore drilling, serves on Oceana’s board of directors. Avatar, director and producer, James Cameron shares his expertise on underwater filming and remote vehicle technologies on officials meeting. More than $24 million has been invested by Kevin Costner to expand devices now under consideration which help to clean up the spill.

Two huge environmental organizations, Oceana and the Natural Resources Defense Council said that the actress made the donation to encourage the two nonprofits to work together in this scenario and to address the damage along the Gulf Coast. This could cause them to support a shift toward renewable energy, energy that are less destructable to our environment.
Victoria Principal is an american actress who is best known for her role in the night time drama Dallas from 1978 to 1987. She is best known for her role as Pamela Barnes Ewing, owner of Pam’s Aerobics Unlimited.
Principal is one of the celebrities who have been involved in the cleanup efforts, along with Ted Denson, James Cameron and Kevin Costner, who invested more than $24 million to develop devices to help clean up the spill.