You are here: Home / Entertainment / Upasana kamineni to tie knot with Ram Charan 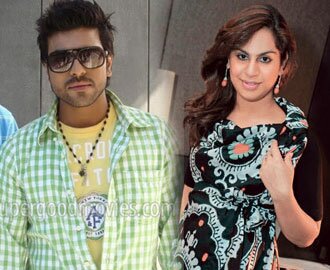 Walking on the footsteps of his father, Ram Charan Teja as an Indian film actor has already made a great collision in the Telugu film industry. He made his first film debut approximately 3 years back and now he is on a well settled position like Upasana Kamineni who stabilized herself in her family healthcare business. Apollo Hospitals Group is one of the world’s largest private hospitals. Recently 27 years old Ram Charan was awarded as the Best South Indian Actor for his film Magadheera.

Chiranjeevi family members first wanted to find a girl for Allu Arjun and after that wanted to begin into the wedding affairs of Ram Charan Teja. This news is a definite baton that giving way to Ram Charan’s marriage Bunny has finally got hitched with the perfect girl. The news has not been confirmed about Ram and Upasna getting married till now. The families of both sides are having talks regarding the marriage, according to sources. It would definitely be a grand celebrity event if they really get married to each other.