You are here: Home / Entertainment / True Blood Season 3 Episode 9 ‘Everything is Broken’ Preview 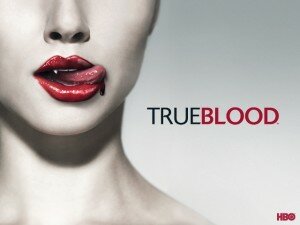 True Blood is an American television drama series which focuses on Sookie Stackhouse (Anna Paquin), a telepathic waitress at a bar, who falls in love with vampire Bill Compton (Stephen Moyer). It was created and produced by Alan Ball. True Blood story is taken from the Southern Vampire Mysteries series of novels by Charlaine Harris, and details the co-existence of vampires and humans in Bon Temps, a fictional small Louisiana town. The latest episode of “True Blood Season 3 Episode 9” telecasted on 15th August, 2010 on HBO at 9 pm. The episode ‘Everything Is Broken’ directed by Scott Winant written by Alexander Woo.

Jason gets unexpected help as he goes up against Felton (James Harvey Ward) and Calvin (Gregory Sporleder). On the other hand, Arlene is overcome by a sense of futility about her future while Tara encounters a new ally and an old tormentor and with someone who caused her pain in the past. Hadley introduces Sookie to a new family member. Hoyt confronts his factual feelings.

Video of True Blood Season 3 Episode 9 “Everything is Broken” Promo from YouTube: