You are here: Home / Entertainment / Toronto After Dark 2010 lineup announced 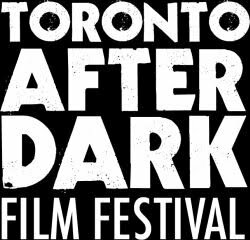 The festival will screen 16 feature films such as The Last Lovecraft, Doghouse, Evil In The Time Of Heroes, Robogeisha, Alien Vs Ninja, The Last Exorcism, Phobia 2, Cargo, Centurion, Heartless, Black Death, I Spit On Your Grave, All About Evil, High School, Rubber and The Human Centipede and a couple of short film programs, from all over the world.

The TAD Film festival open with the International Premiere of the hilarious new monster comedy, ‘The Last Lovecraft’ (Fri, Aug 13, 7pm), a story about a group of social misfits battling an assortment of sea monsters trying to take over the earth!

This year Japanese genre cinema will also be thrilled with a double dose of cinematic mayhem, in the form of the horror/sci-fi splatterfest Robogeisha (Sun, Aug 15, 7pm) and the bloody Alien vs. Ninja (Mon, Aug 16, 9.45pm).

Scares In The Dark

Three new scarefests are also offer to make you jump out of your seat: The Last Exorcism (Mon, Aug 16, 7pm), ), Phobia 2 (Tue, Aug 17, 7pm) and the creepy new sci-fi thriller CARGO (Sun, Aug 15, 4.15pm) also bring its share of chills, but this time the outbreak of fear takes place on a deep space voyage.

This year Toronto After Dark (TAD) showcases three new flicks from some of Britain’s most talented genre filmmakers includes a Roman action flick Centurion (2010, Neil Marshall), a demonic thriller Heartless (Wed, Aug 18, 9.45pm), and Black Death (Thu, Aug 19, 7pm), a medieval witchcraft tale starring Sean Bean (who proved in Lord of the Rings that he could ably wield a sword).

Extreme Caution Horror” film, I Spit on your Grave (Thu, Aug 19, 9.45pm), Anchor Bay’s hugely anticipated and incredibly graphic remake of the already notoriously violent cult classic of the same name deserves a category unto itself.

New, Sure-to-be cult classics include the new horror All About Evil (Tues, Aug 17, 9.45pm) that will seem be perfect viewing fare at our very own cult venue, the Bloor Cinema, and the dark stoner comedy High School (Sun, Aug 15, 9.45pm), which was such a hit at Sundance.

Bizarre Horror to Close the Fest

And to close out the festival comes Rubber (Fri, Aug 20, 7pm), the much-discussed horror from Cannes about a killer tire. Don’t ask; just enjoy! And last but not least, the Closing Gala and gross-out spectacular, The Human Centipede (Fri, Aug 20, 9.45pm) to finish off the fest.

While the Feature Films at Toronto After Dark typically take centre stage, be sure to also check out Shorts After Dark (Sat, Aug 14, 4.15pm), a kick-ass collection of outstanding new genre short films from around the world, as well as Canada After Dark homegrown mini-gems that screen as the opening acts for all our features.