Last weekend, juggalos attacked on Tila Tequila during 11th annual Gathering of the Juggalos in Cave-In-Rock, Illinois. Tila‘s body was injured and her face bloodied. Here the video and photos of Tila Tequila’s alleged incident are given which obtained by TMZ.

In the video, Tila Tequila can be heard screaming “I ain’t going nowhere!” as she tries to sing on stage but that did not stop the crowd from continuing to hurl objects at her. At one point, comedian Tom Green comes on stage to try and diffuse the situation. But it didn’t work. At the ending of the performance, Tila is “singing” or is it rapping? – behind five bodyguards to avoid flying objects. Then finally, Tila left the stage, having suffered a number of cuts and bruises on her face. 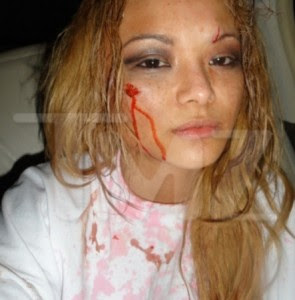 A Singer-songwriter, Tila was planned to perform at the Gathering of the Juggalos, a four-day event put on by Psychopathic Records, the label for headliners Insane Clown Posse. According to TMZ, it has some rather unpleasant photos of Tila’s injuries. She had barely taken the stage when people in the audience started throwing things at her.

Tila says in an e-mail to TMZ, “I went onstage and immediately, before I even got on stage, DUDES were throwing HUGE STONE ROCKS in my face, beer bottles that slit my eye open, almost burnt my hair on fire cuz they threw fire crackers on stage, and they even took the shit out of the port-0-potty and threw shit and piss at me when I was onstage.” She also added, “These people were trying to kill me.” 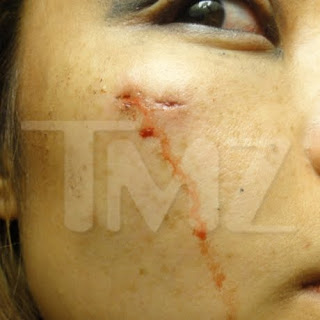 She said: “These people were trying to kill me. So then after the last blow to my head with the firecracker they threw at me exploded, my bodygaurd and the other security grabbed me and ran as fast as they could to the shitty trailor. Since their security sucks, the 2 thousand people ran after us, trying to kill me. They almost got me so they finally reach the trailor, blood all over myself, cant stop bleeding, then all of a sudden, all 2 thousand people surround the trailor and busts the windows!!! Even the guys inside with me were shaking! Their hands were shaking cuz they were so scared! So 3 guys inside the trailor had to grab a table and push it over the broken windows and grabbed all the chairs they could find so hold the people from outside back. It was scary as hell!”

During the clip, you can see one fan try and get on stage … only to be denied by security. Then you can start to see various things thrown on stage by the crowd.

From the show’s organizers, no any detail has been released about this attack up to now. ABC affiliate WSIL in Illinois reports that Hardin County Sheriff Tom Seiner said the former Internet model filed a complaint about fans’ violent behavior during her performance. Once Tequila starred in the MTV reality show, “A Shot at Love with Tila Tequila,” has since turned to rap and shared the bill with artists such as Lil’ Kim and Method Man. Seiner said Tequila insisted that fans pelted her with rocks and feces during her set. 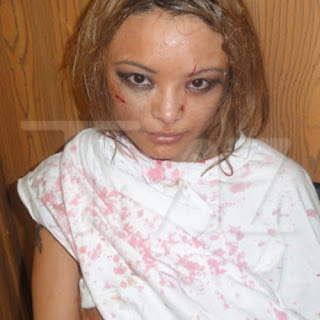 TMZ has caught Tila Tequila’s incredibly horrible photos which taken after she claims that she was victim of crowd violence at a concert in Illinois.

On TMZ.com, Tequila’s performance shows video is posted. In the 12-second-long footage, the crowd lobs several objects but the extent of her injuries is unclear. A diverse range of performers including Kottonmouth Kings, Naughty by Nature, Coolio, Tone Loc and Twiztid hit the stage.

Afterward, on her Twitter page Tequila posted the alleged incident. She wrote on Saturday, “Thank you everyone for your support. The people at Juggalos behavior were disgusting and I am filing a suit against them now. Thanks 4 ur luv.” She writes, “Pretty soon the owners who run the Juggalos will be bankrupt. My attorney Alan is already on it. This is disgusting behavior from men.”