You are here: Home / Entertainment / The Tourist Movie Trailer & Preview

‘The Tourist’ is a thriller, romance, drama, movie which will hit on the silver screen on 10th December, 2010 worldwide. Johnny Depp and Angelina Jolie are the leading stars in this movie. ‘The Tourist’ is remake of Anthony Zimmer which is French movie. The Director of ‘The Tourist’ is Florian Henckel von Donnersmarck while Julian Fellowes, Christopher McQuarrie, Jeffrey Nachmanoff are the screen-writers of the movie. In this movie, an English woman (Jolie) will play a female Interpol agent uses an American tourist (Depp) in an attempt to flush out a criminal who was once her ex-lover.

Florian Henckel von Donnersmarck, the director of the film was quoted saying in an interview: “It’s a love story, that’s for sure. Imagine a woman who is just so elegant and sophisticated and educated and has lived in that world and now, through a whole set of circumstances, suddenly falls in love with a guy who is not any of those things, and it just somehow confuses her whole world because that was not meant to happen. She had it all worked out, she had this grand master plan, and neither he nor she had thought it possible that they would fall in love with each other. I have to keep the real details a secret otherwise you won’t have any fun seeing it.“ 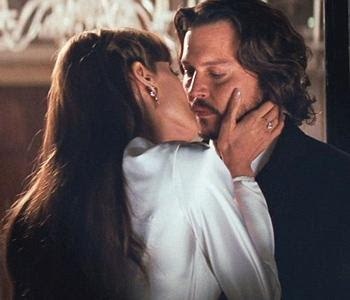 The story of “The Tourist” revolves around an American tourist, Frank (Johnny Depp) who visits Italy to repair a broken heart. In the journey of his life Frank meets Elise (Jolie) in Italy who deliberately enters his life. Elise is a wonderful woman and several series of events bring duo closer. Frank pursues a potential romance against the breathtaking backdrop of Venice. But soon finds him the pursued as he and Elise are caught in a whirlwind of intrigue and risk. The movie follows the series of manipulations, as characters realize that they are merely pieces being played by an unseen mastermind of the game.