You are here: Home / Entertainment / The Bachelor Break up – Jake Pavelka and Vienna Girardi Break Up

The Bachelor Break up – Jake Pavelka and Vienna Girardi Break Up

After appearing on two realities shows together, the most recent season’s final couple of ABC’s “The Bachelor,” Jake Pavelka and Vienna Girardi have broken up and no reason has come out yet for their split. Pavelka proposed to Vienna on national TV in a previous month. On Monday 21 June 2010, Jake Pavelka’s representative confirmed the break up. 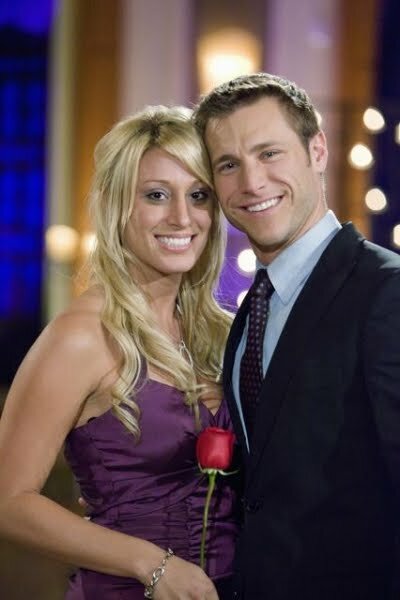 Greek star Gregory Michael, whom Vienna first revealed the breakup, joined her at Children’s Hospital of Orange County Oncology Prom in Southern California over the weekend. She said that “She made it very clear that it was over with Jake,” then Gregory told OK!

The couple’s rep for last season’s Bachelor said “They appreciate the respect for their privacy at this time.” According to last month interview that Girardi gave to E! News “The couple, who shared a waltz during the finale of this season’s “Dancing with the Stars,” was planning on a summer wedding in 2011”

Girardi won Jake’s heart over fan favorite Tenley Molzahn and Ali Fedotowsky, who went on to become the current “Bachelorette.”

Jake Pavelka, the commercial pilot from Texas is single again, after he dumped his pick from the last season of ABC’s hit reality show “The Bachelor,” Vienna Girardi. Most fans of the dating show disliked her, and she was a very controversial figure on The Bachelor. This disdain was supposedly based on her scandalous past and plastic surgery rumors that surfaced in celebrity magazines.

Recently, Jake Pavelka joined the cast of Drop Dead Diva. He is experienced on the matter and used to work under the name Jake Landrum before.