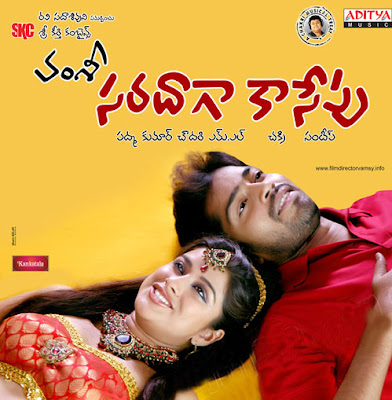 Allari Naresh played his role as Driver Ranga Babu who is the childhood friend of Srinivas (Srinivas Avasarala) who belong to a rich family and returns from USA. Srinivas’s father Gajapathi (Jeeva) and mother (Sana) wish to get their son married to the daughter of Raja Rao (Ahuthi), Manimala (Madhurima) who lives in another city. However, Srinivas puts a condition that he wants to test the girl and therefore prefers to appear in front her in driver’s costume and asks Ranga Babu to act as owner. This results in misconceptions and misunderstandings and sprints like a big comedy of errors at Manimala’s place.

In the movie, Allari Naresh brought infinite laughs as usual. His trade mark pun and fun made the audience stick on to seats. He delivers impressive dialogues. On other side, Srinivas Avasarala has shown a difference from that of ‘Asta Chemma’. He played the role and perfectly suited to be along with Allari Naresh in screen presence and energy levels. As main actress, Madhurima looks good but the make up could have been better for her especially in songs.

Krishna Bhagawan’s comedy is usual but brings laughs to front benchers. Ahuthi Prasad has got a duo of worthy dialogues to make audience laugh. Jaya Prakash Reddy has got exhausted.

The story of the movie is not big. When you see the movie you feels go like a village bus. From the movie, no big blasts can be expected. As the title crashs ‘it’s just a time pass movie’. In this movie Vamsy only concentrated on lighter moments but not on incredible sentimental. According to my view music is okay. First half of the movie goes with average narration while the second half part rises with laughs.