You are here: Home / Entertainment / Telugu actress Saira Banu arrested in a prostitution 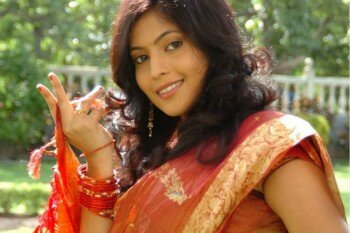 Prostitution news and cases oftenly occur with Hollywood but in small industry (Tollywood) it’s very disgusting. Today on 23rd of August 2010 on Monday, the old telugu film actresses Saira Banu, Jyoti and seven others were caught red-handed in a prostitution racket busted by Hyderabad police on Monday. Saira Banu and Jyoti were arrested along with a woman from Uzbekistan and their customers from an apartment in the upscale Kundan Bagh neighbourhood. This is not the first time that a Telugu film actress has been arrested for prostitution. In 2009, Seema was arrested during a raid in Hyderabad’s Tarnaka area.

The police haven’t given any identity of the other arrested persons but it’s sure that some rich and famous persons are also involved in this case.

The Commissioner’s Task Force raided the apartment in the early hours of Monday on specific information.

The latest sex scandal has come as yet another shocker for the Telugu film industry and comes close on the heels of the arrest of the two brothers of actor Ravi Teja while buying drugs from a Nigerian national.

Police Commissioner AK Khan has gone on record that they were keeping a watch on 60 personalities, including Telugu film actresses, suspected to be consuming drugs.