T.I. and Tiny‘ (Tameka) wedding ceremony occurred on last weekend in Miami. Last weekend, Swizz Beatz & Alicia Keys and DJ Jazzy Jeff & Lynette Jackson also got married. In the marriage, Tiny wore a Valentino gown and TI wore a Prada tuxedo. They wedded in different style. The marriage event was being a big and memorable event. 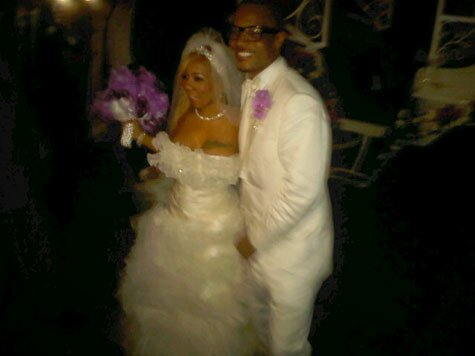 An American recording artist and film & music producer, Clifford “TI” Harris (original name of TI) married with former Xscape member Tameka “Tiny” Cottle on July 31st at Miami which was observed by some of the biggest names in the entertainment business. Both came in white decorated horse-drawn carriage, and had an exclusive wedding. The reception occurred on Star Island. As guest, Kandi Burruss, Usher, and Monica Tiny’s good friend Antonia “Toya” Carter were attained the big wedding event.

T.I. and Tiny started with saying their “I do’s” at a Miami beach courthouse on Friday, July 30 and afterward celebrated with a fairytale and romantic wedding on the exclusive island and celebrity playground Star Island on Saturday, July 31. 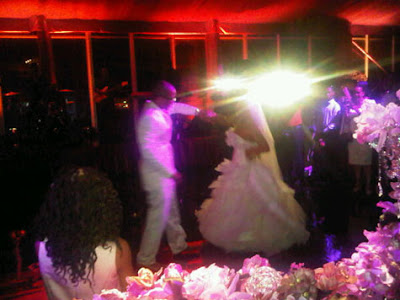 Certainly, there were celebrities on hand especially Atlanta’s elite. Singer El Debarge put on one of the best performances at this year’s BET Awards, serenaded the couple and the ceremony was topped off with brightly colored fireworks. The couple did not stop there though. After the ceremony enclosed, the newlywed couples T.I. and Tiny jetted to Atlanta as well as Las Vegas to party the night away. The event was further marked with bright and beautiful fireworks over the waters.

Reportedly, T.I. and Tiny have been dating since 2001 and even weathered the ATL MC’s recent jail bid. Tip ended his first public appearance after his prison sentence earlier this year with Tiny by his side when he attended Cottle’s Alzheimer’s fundraiser in Atlanta.

Tiny said in an exclusive interview with InTouch, “I’ve always wanted the horse-and-carriage, fairy-tale wedding,” Tiny said. “I just want to have a lot of different artists to play at my reception — maybe Mariah [Carey], Mary [J. Blige]. I have tons of ideas!”

The former Xscape member believes now is the right time to tie the knot to Tip. “It’s just been time overdue. We’ve been together for eight years. We know what we have and who we are. He knows everything about me. I know everything about him. And he’s hot!” 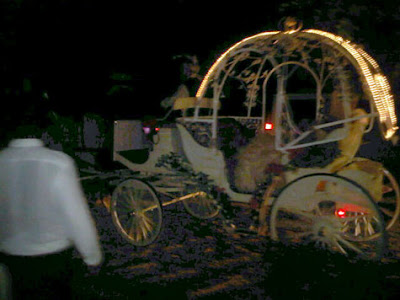 Then she was asked about potential bridesmaids, Tiny says her co-star Toya is set to be in the wedding, “She’s one of my bridesmaids and I will have many other ones.”

The singer’s reality show, Tiny & Toya is in its second season and T.I. is expected to appear later in the season. Tiny says, “Once he got a chance to sit down and really watch it when he was locked up, he was impressed and thought the show was really good, You’ll see a little more of him — there are some surprises.”

Tiny is happy to have her fiance home, when asked how what’s it like having Tip back, the singer answered, “Oh man, it’s great! The kids are loving it. They take over, so I just fall back and get my time in when I can!”