On Friday, July 9, Syfy brings a new TV series called Haven based on a 2005 King novella called “The Colorado Kid,” which dealt with the mystery of a body found on a small island off the coast of Maine. 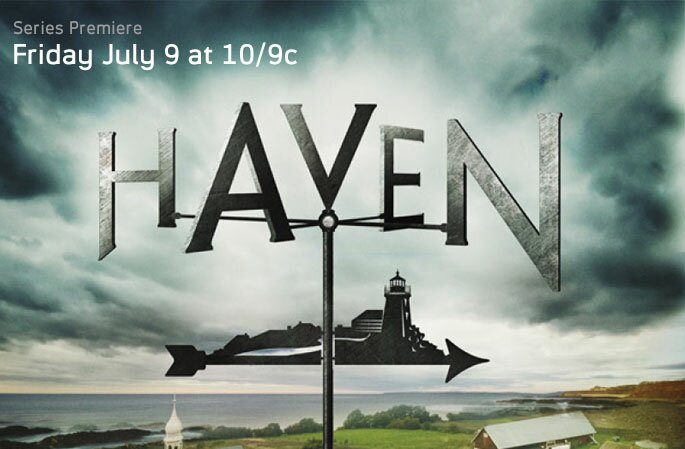 The Haven tv show is touted as being based on the Stephen King story The Colorado Kid, a 2005 hard-boiled mystery novella, but an “inspired by” banner would have been more appropriate. Noirish drama based on the Stephen King novel, “The Colorado Kid,” in which a couple of veteran editors of a smalltown Maine newspaper tell a cub reporter the mysterious tale of an unidentified body that washed up on a nearby beach decades ago.

Syfy said in a synopsis of the show :

“Before long, her natural curiosity lands her in the epicenter of activity in this curious enclave, which turns out to be a longtime refuge for people who are affected by a range of supernatural afflictions,”

Syfy’s all-new one-hour drama series Haven, starring Emily Rose (Jericho, Brothers and Sisters), commenced production on April 20 in Halifax, Nova Scotia and its surrounding area. Based on the novella The Colorado Kid from author renowned Stephen King, the series follows the shrewd and confident FBI agent Audrey Parker (Rose) with a lost past who arrives in the small town of Haven, Maine on a routine case. 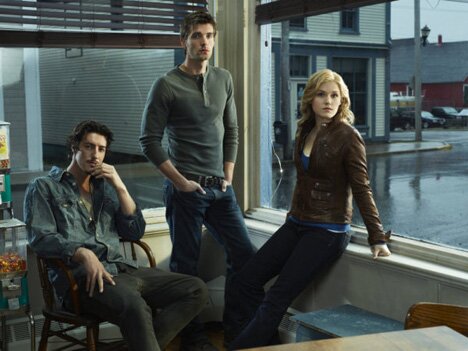 Before long, her natural curiosity lands her in the epicenter of activity in this curious enclave, which turns out to be a longtime refuge for people that are affected by a range of supernatural afflictions. As the townspeople’s dormant abilities begin to express themselves, Audrey helps keep these forces at bay while discovering the many secrets of Haven – including one surrounding her own surprising connections to this extraordinary place. Among the citizens who cross Audrey’s path along the way are local cop Nathan Wuornos (Lucas Bryant), who eventually becomes Audrey’s partner, and the mysterious and charming Duke Crocker (Eric Balfour).

The premise involves Audrey Parker (Emily Rose), an FBI agent assigned to investigate the disappearance of an ex-con. This leads her to Haven, a small picturesque community on the coastline of Maine. Agent Parker soon discovers however that a few of the locals have some supernatural abilities that they don’t teach at the academy. The cast assembled for Haven includes no household names, but avid TV watchers will recognize a few familiar faces. Emily Rose has a few episodes of ER and Brothers and Sisters under her belt while Eric Balfour has appeared on 24 numerous times as Milo Pressman. This is the first time that most of the leads have been asked to carry a show. Fortunately, they seem comfortable doing so.

Production on Haven is expected to commence in Spring 2010 in Halifax, Nova Scotia. So far there isn’t any photos out from the filming.

“Haven” is tough to judge. Syfy ordered the series before a pilot had been shot, so any of the normal tinkering, repairs and retrofitting that would ideally have taken place with a long interim between pilot and second episode may not even occur. The cut of the pilot sent to critics just a week or two ago is still fairly rough. I mean it’s fairly rough, technically speaking — unfinished effects work and whatnot. But it’s also rough narratively speaking. It’s almost unfair to review a pilot this imprecise. Who knows? By Episode Two, “Haven” could have found a tone, a style and its pacing. By Episode Two, they may have figured out ways to introduce Agent Parker in a manner that accurately reflects the way the character is perceived by those around her.