Splendour In the Grass, a 10th annual arts and music festival was finished. The 2010 Splendor in the grass is three days event. This year, the event was held from July 30th to August 1st at Woodford Queensland, Australia. In Splendor in the grass 2010 event, there were over eighty hottest artists and DJs participated from Australia and the world. 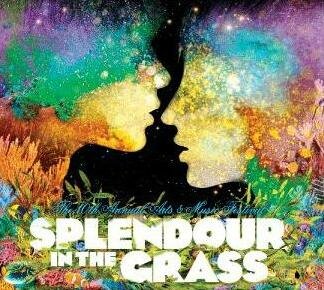 Every year, the event has taken place on the outskirts of Byron Bay during July/August. However, the 2010 Splendour temporary relocated to Woodford in Queensland, home of the Woodford Folk Festival. The last year event have featured a staggering array of the world’s leading music talent including Coldplay, TV On The Radio, The Flaming Lips, Arctic Monkeys, Death Cab for Cutie, Queens of the Stone Age, Interpol, Yeah Yeah Yeahs, Brian Wilson, The Presets and more.

The festival has also featured local arts and crafts, creative performance and cuisine with the latest and best in music from Australia and overseas.

The festival is on the top of most discriminating Australian music fan’s wish-lists of must-go Festivals, which combined with the event’s relatively small capacity compared to many of the summer festivals, results in excited activity on the day tickets go on sale. 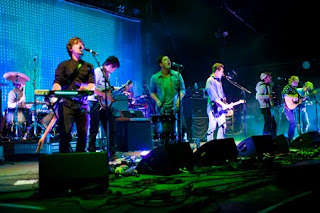 This year’s festival was the 10th Splendour In the Grass. Traditionally the two-day event has accommodated 17,500 people and has sold out in advance in each year of its existence, often within hours of going on sale all tickets to last festival were snapped up in just 3 hours, while the preceding three years events sold out in a day.

Splendour In the Grass promoters Jessica Ducrou and Paul Piticco said, “We’re thrilled with our first Splendour at Woodfordia. We’ve had a really great time this year and despite some teething problems and heavy traffic that was expected, we’re pleased to say that feedback on the event has been fantastic.”

They also said, “We were blessed with great sunshine filled weather, a great vibe and spectacular performances making it one cracking weekend! We’d also like to thank the local community and residents for their patience and support during the festival. Here’s to 2011.”

First day of Splendour In The Grass:

On Friday, Splendour welcomed back The Gyuto Monks who blessed the beautiful surrounds and set a tone that carried its way through a divine weekend. As the sun shone, locals Money For Rope, Skipping Girl Vinegar and Violent Soho got Splendour 2010 off to a cracking start. Black Rebel Motorcycle Club took the stage as the sun went down and set a benchmark of musical force, with a set that built and built in intensity leaving punters wide-eyed and blown away. It was during Temper Trap’s performance that the crowd got their first taste of what has become a Splendour tradition – the guest appearance.

Mumford and Sons joined the stage and during the closing set by Ben Harper, INXS drummer Jon Farris took to the skins for a gorgeous coming together fuelling patriotic pride. The tradition continued across the weekend with Mumford and Sons welcoming new friends Passion Pit, Boy & Bear and Julia Stone onto the stage on Sunday for a beautiful family hoedown that had the brimming amphitheatre stomping their feet as one.

For the three incredible days, there were many more moments etched into the scrapbook of Australian music history. LCD Soundsystem, took the roof off the MixUp tent on Friday elevating dance levels to a new high and warming punters up for Scissor Sisters who followed soon after. As the crowd heated up inside their winter woollies the band got (almost) naked encouraging the collective crowd to do likewise, even as earlier in the day Midlake played through a divine set that will no doubt boost cardigan sales for months to come.

Second day of Splendour In The Grass:

On Saturday, Delphic dished out an incredible high-energy set that did not falter for a second strengthening the faith in their flock and converting the unconverted. Over at the Amphitheatre, Operator Please took to the massive crowd fearlessly, wooing all who sat before them with both their sound and their stunning hair. As she took to the stage with The Machine, the amphitheatre bulged with anticipation; Florence glowing in stunning flowing silver fabric that, along with her heavenly voice, cemented the notion that she is nothing less than a fallen angel. Few could have followed the act and survived. But The Strokes delivered the master ahem stroke to an memorable day of live music, Julian and his band of merry hairy men playing one faultless danceable, shakeable, swayable hit after another.

Third day of Splendour In The Grass:

On the third day, The G.W. McLennan stage shimmied to the sounds of lovable locals Boy and Bear. It was fitting weather as the sunny sounds of LA happy-mood makers Surfer Blood took to the amphitheatre like fish to the gentle seas. Broken Social Scene brought heartfelt beauty to the G.W. McLennan stage and Passion Pit had the entire Amphitheatre moving and jumping. As this epic three day journey sped toward its end far too quickly Mumford and Sons had grown men swaying arm in arm as one singing song after song word for word. Richard Ashcroft’s voice gave out and his performance was cut short as a result. As things wrapped up, Aussie lads Empire of the Sun closed the Mix Up Tent looking as equally impressive as they sounded, and then Splendour in the Grass completed with another tradition a band that brings the generations together.

With Queensland’s Emergency First Aid Services Representative, Stephen Barnes said, “Most treatments were for minor complaints. A team of doctors, registered nurses and paramedics were on hand to care for a number of medical conditions that presented throughout the weekend, and we liaised with the Ambulance Service of QLD for patients who required further medical treatment.

Video of Splendour In The Grass Festival 2010 from Youtube: