Central Java’s Solo is holding Solo Batik Carnival (SBC) today, on June 23, 2010, following in the steps of Jember, which hosted the ‘Jember Fashion Carnival’. This event is quiet same as the famous Rio de Janeiro carnival which is held in Brazil. Participants and the spectators compulsory have to wear batik as their costumes in this carnival. In the year 2008, the carnival has succeeded in getting the attention of over 200.000 audiences. SBC is held to raise the picture of batik and Solo as the city of Batik.

There is total Three hundred and sixty one participants will be participating in this parade. SBC is a carnival held in Solo which displays Sekar Jagad costumes as the main theme. Solo Cultural and Tourism Agency Head Purnomo Subagyo said the parade has been started at Solo Center Point Purwosari, crossing Jalan Slamet Riyadi and meet its end at traditional market Ngarsapura. “The participants will depart at 3 PM,” Subagyo said in Solo. At the Chingay parade in Singapore, this year’s SBC costumes were used and several ‘batik waste’ costumes were exhibited in Netherland.

The event coordinator Hery Mattaya explained that Sekar Jagad was chosen as the theme to represent environmental preservation. The venue of the carnival is held along the street in Solo. With the new interpretation outfit, the performer show up the fashion. The output should be mix of batik and the other materials. For example the use of plastic and batik together in one outfit, the result is new creation of outfit. The make up is also unique; it depends on the outfit itself.

Because of the event’s date that coincides with the Asia Pacific Housing Ministers Meeting (AMPCHUD), which will take place from June 22 to 24 in Solo, the participants of the meeting will also take part in the parade on carriages. “We’ve prepared fifteen golden carriages to carry the delegations. The committees have even asked them to bring traditional clothing from their countries”. 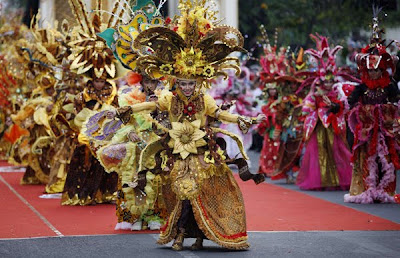 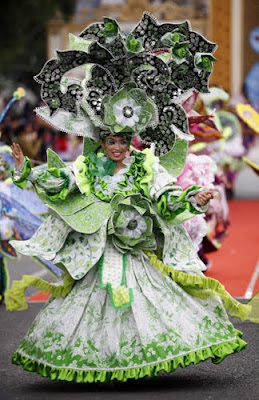 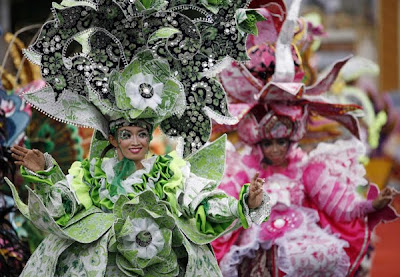 Video of Indonesia-the world of its own from YouTube: