After long time of broken up with Ranbir Kpoor, the gorgeous Dipika Padukone now frankly flaunted her relationship with her new boyfriend, Sidharth Mallya who is the son of owner of Kingfisher Airlines Vijay Malya. 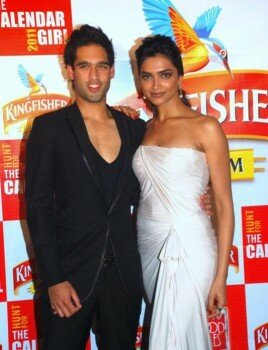 Even in public places, Deepika is quite comfortable to give pose for photographs with her boyfriend Siddharth. In these days both were in Goa and where both willingly posed for snaps. Even, they provided their best profile to the photographers. A few photographs of the couple bring out on the internet.

While asked to Deepika in interview with tabloid why Bollywood actresses move from one relationship to the other in a blink, Deepika said, “If a man sleeps with ten women on the rebound, nobody raises a finger.” Deepika also added that she can not keep crying over the lost love.

Now she has no any problem to see in public places and walking hand in hand and click for pictures. She is not worried about the media surfaces on the footage.

First time, Deepika come in contact with Siddharth during the launch of Kingfisher calendar and than both were seen together at IPL’s Royal Challengers matches in which Deepika was a supporter of the Bangalore team and her attendance got victory to the team. While Bangalore Royal Challengers beaten the opposition team, Siddharth jumped in joy and said that Deepika is his lucky mascot.

Siddharth said, “Deepika is a good girl who belongs to a respected family. She has always been forthright about herself so please don’t link her to some guy or the other every now and then,” when media asked him about Deepika’s declared link-up with business tycoon Vijay Mallya’s son.

Later than break-up with Ranbir Kapoor, Deepika has been allied up with several guys but she ignores those rumors and carries on.

Hopes of Deepika appear to be fulfilled with regard to her new boyfriend Siddharth Mallya. Beau Siddharth gives emotional support to her.