You are here: Home / Entertainment / Shocking News: Ticket of Comedy Nights with Kapil is free

Shocking News: Ticket of Comedy Nights with Kapil is free

No need to pay for the tickets of Comedy Nights with Kapil as it is available absolutely free. Do you really shocked??

In a short span of time, comedy show “Comedy Nights With Kapil” has become one of the most popular shows on television. The TRP of this show is increasing day by day due to the excellent comedy that Kapil comes up in every episode. The host and producer of the show, Kapil Sharma won the Indian of the Year 2013 Award. As the Comedy Nights with Kapil has captivated audience’s heart, a group of strange people has been taking advantage of it and making the public fool by selling fake passes of the show. 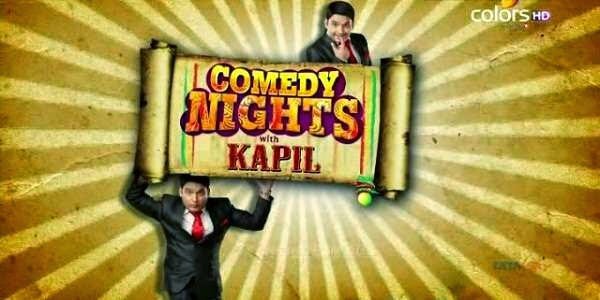 According to the news, the unknown group is charging Rs. 8000-10,000 for the passes to watch the shoot and also an additional charge of Rs. 10,000 for those who want to appear on TV or want to ask a question. Preeti Simoes, Creative director of Comedy Nights With Kapil, declared that she is very upset to hear that people are being fooled in the name of Kapil. She was shocked when she came to know that people from the audience have paid a large amount of money to attend the Show.

Preeti even tweeted about the scam to spread awareness and to prevent people get fooled by this. She informed everyone that there is no need to pay to watch the shooting of Comedy Nights with Kapil. It is free, but only by invitation. When Preeti came to know about the scam, she informed Kapil about it. At that time, Kapil was already in shooting, so he suddenly asked the audience that who has paid money to appear in the show. It’s shocking to know that 30 out of 200 raised their hands. After investigation, it has been revealed that two people from their own team are part of this scam, and they have been disclosed and decided to take legal action against them.