You are here: Home / Entertainment / Shah Rukh Khan to give the IIFA a miss

Shah Rukh Khan to give the IIFA a miss

Bollywood King Khan (Shah Rukh Khan) was supposed to be the star attraction at this year’s IIFA awards in Colombo from June 3-5, has decided to skip the event. 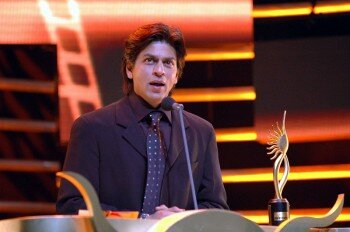 On twitter profile of SRK he tweeted : “I don’t think I will be able to come for IIFA…too much work here, will miss Colombo,”

Apart from upping the function’s star power, SRK was also supposed to captain the Bollywood team in a friendly cricket match against the Sri Lankan team.

Sabbas Joseph of Wizcraft, the show’s organisers, said, “Stars have their commitments. Hrithik Roshan will now be the captain,” SRK’s absence is another blow to the event after Aishwarya Rai Bachchan and hubby Abhishek announced that they won’t be attending the gala, usually touted as a Bachchan family affair. Amitabh Bachchan will only make a fleeting appearance.