You are here: Home / Entertainment / Sexologa Alessandra Weight loss : Before & After Pic


Alessandra Rampolla is a famous sexologist television. Alessandra underwent gastric bypass surgery by which she is able to lose 30 kilos weight. 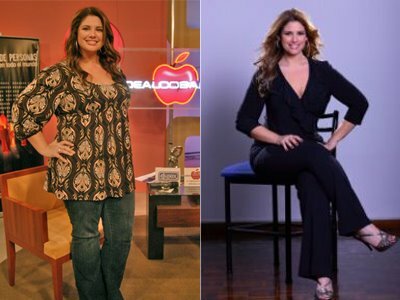 “For reasons of health and my well being I decided it was important to lose weight.” Someday I want to be a mom and with the weight I had, being pregnant would not be a healthy decision …”

“So my husband and I began to think ahead and determined that, for me, the answer and the right way this surgery was …,” confessed the driver also specifies Infobae.

On March 25, 1974, Alessandra Rampolla Mary Saavedra was born in San Juan, Puerto Rico. She studied at Loyola University in New Orleans and earned the title of French literature.

As Durex company spokeswoman, Alessandra recently visited Tegucigalpa but long ago had been in San Pedro Sula, always for work.

She has a master’s degree in marriage and family therapy and then studied sexology at the doctoral level but says frankly, still is completing doctoral degrees, is certified clinical sexologist.