The 2010 Seattle Rock and Roll marathon’s Half marathon and marathon event starts today and lot of participations are also being expected in this summer. The American Cancer Society/Competitor Group alliance kicks off Seafair’s Rock ‘n’ Roll Seattle Marathon national event in Seattle on June 26, 2010 and will follow with future events in Chicago and New Orleans. 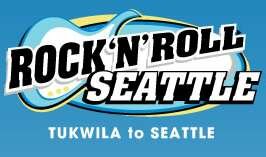 The full and ½ marathoners will be split off after 2 miles at Qwest Field where half marathon will be ended while full marathoners continues north onto the Alaskan Way Viaduct/Hwy 99.

The full marathon will be finish outside Qwest Stadium downtown. The participants will enjoy and face some of the rolling hills in the full marathon. That is the reason why the Marathon was named Rock & Roll. In half marathon, Olympian Brain Sell and Hansons-Brooks teammates will be competing. Some of the well-known athletes like Patrick Rizzo have also participated in the Rock ‘n’ Roll marathon 2010.

Collaborating with the Competitor Group, Inc., the American Cancer Society strives to empower endurance in athletes of all levels as well as encouraging participants and spectators to take a more proactive role in personal health promotion all the while helping save lives from the devastating disease of cancer.

Last year the Seattle Rock and Roll marathon grabbed a lot of participations and around twenty one thousands people have participated in this marathon and a lot of runners made it to the finish line. Estimations say that there were above fifteen thousands people runners that reached to the ending point of the marathon that reached running across the street of Seattle including Puget Sound waterfront and area of downtown Seattle as well.