The British reality television series, Big Brother launched its eleventh series on Wednesday 9 June 2010 and will be aired on Channel 4 and E4 during the summer. Endemol has produced Big Brother 2010. As participant, three new housemates Scouser Rachel, Keeley and Andrew join the Big Brother 2010 series. 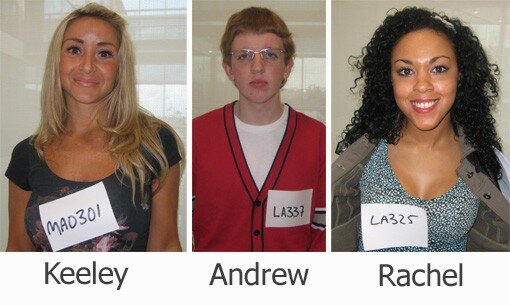 Big Brother 2010 series was already confirmed before four year as part of a £180 million contract between Endemol and Channel 4. Skincare brand Freederm sponsors this series. The 24 hour live streaming has been reinstated and is available via the website as a fee-based service.

They will arrive at the compound in Elstree Studios during the specially extended eviction shows, between 9pm and 10pm and 10.30pm and 11.25pm – fifteen minutes longer than normal. 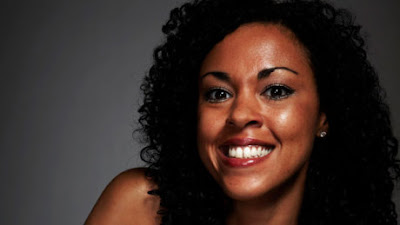 Rachel is Cabin Crew worker from Liverpool. Rachel is a funny, bouncy, confident scouser who talks for England. Her Mum is from Birkenhead and her Dad from Nigeria, and she left home at 13 to go and live with her Dad until she was 17. Rachel’s from a large family and lived in a massive shared house with 16 people – all great experience for living in the Big Brother House. She considers herself a risk taker because she went to Zante to live without any money, job or friends.

Rachel has been a born again Christian, a Jehovah and dipped into Paganism and says she is very positive and hates negative people. She loves Jeremy Kyle and hates snakes. She was a finalist in Pop Idol in 2002. She says she wanted to be on ‘Big Brother’ for the experience, has practiced three religions in her life and despite being an air steward has only traveled as far as Morrocco – where she stayed for 25 minutes, put the bins out and flew back. She wants to meet the ex-housemates, and says she loved Brian Belo. At the moment she is in debt and spends most of her money on clothes and going out, but if she won she’d buy a car. 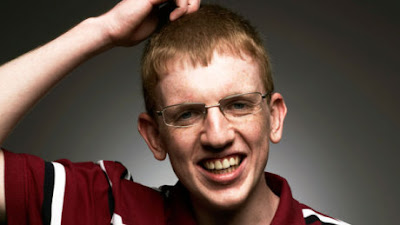 Andrew is Student from Wimbourne who is loveable maths geek; Andrew moved to Oxford last year to start University education. He lives in a house with 6 boys and 12 girls. He passed his Maths A-Level when he was 13 and wants to prove to the world that not all teenagers are ‘illiterate chavs’. He said he wants to go into the Big Brother House to rebel, do something for himself and get better at interacting with girls.

He says he makes a point of avoiding the large group of kids ‘I hate being stereotyped myself, but imagine your typical chav – we would have nothing to say to each other.‘ Sometimes when he wants to be normal he tells people that his name is Kevin and he works in a supermarket. Being a maths wizard, he is very anti spiritualism, clairvoyance and psychics, he believes more in science and thinks things can be tested and proven. He believes that humans want comfort in life and so like to believe in things. He says he’d choose money over fame and plays Black Jack as a hobby, travelling to London as there are no casinos in Oxford. He likes to be a teacher and a partner even though he thinks he has a long way to go before then. He finds it hard to talk to women so hopes that the show will help him with this as well as to grow as a person. Without a book he thinks it will be difficult, but he will try and find other ways to entertain himself. 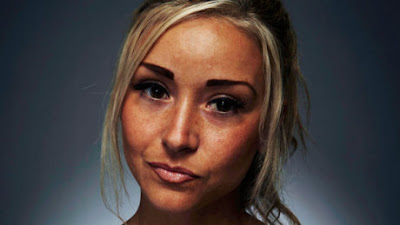 Keeley is a much focused, attractive Travel Agency manager from Manchester. Personal success is extremely important to her and she admits she has a superiority complex. She feels stems from her being a small woman as she’s not quite five foot tall. She claims to have won “every” award in her industry and has achieved everything she has ever wanted. She also loves being centre of attention.

She said that her best childhood experience was spending time with her Nana – baking cakes and blackberry picking. Her Mum encouraged her to go out and work after her GCSE’s, so she did. She lost her virginity at the age of 15 on a Turkish beach and after a lesbian encounter in Ibiza, realized she was not bisexual. At age of 17, she left home to live with a guy she met and thought this a good chance to get out. Keeley says she doesn’t believe in love and prefers guys on tap to fill her needs. The Travel Agency Manager has been doing her job for 15 years and is working her way up the steps. Prior less conservative jobs include being a dancer in a nightclub and working in promotions where she had to walk around in a bikini. She also reads a lot of self-help books about how to get what she wants and states that personal success is extremely important to her and her life. Keely does not support a political party. But she says she will find out more about politics when she gets time.

Rachel and Keeley were on the shortlist of 81 people ready to go in to the house on launch night. However, Andrew was unavailable at that time as he was doing exams.

New housemates were entered the ‘Big Brother’ house last night 9th July 2010 in a spaceship, during a week where the compound has been taken over by robots.

Shabby fumed before leaving: “I just don’t know if I can stay here and allow people to nominate me for reasons that aren’t valid. They can’t make a fool out of me.”