You are here: Home / Entertainment / Scooby-Doo is back in Scooby-Doo! Mystery Inc.

Scooby-Doo is back in Scooby-Doo! Mystery Inc. 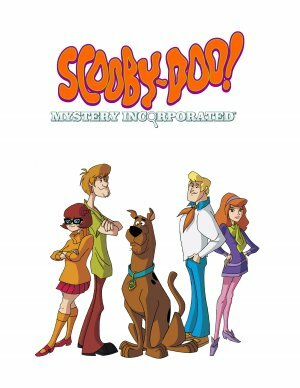 Warner Bros. Animation produces Scooby-Doo! Mystery Incorporated. This is not produced by original producers William Hanna and Joseph Barbera. In this series, Shaggy’s voice is presented by Matthew Lillard and Shaggy’s father voice is presented by Casey Kasem. A special sneak peek episode was broadcasted on April 5, 2010.

The first series of Scooby-Doo was started in 1969. The series was aired on CBS from 1969 to 1976 then it was moved to ABC. ABC aired the show until canceling it in 1986, and presented a sequel, A Pup Named Scooby-Doo, from 1988 to 1991. The series was revived for The WB Network’s Kids’ WB programming block as “What’s New, Scooby-Doo?” which was ran from 2002 to 2006. The last series of Scooby-Doo, “Shaggy & Scooby-Doo Get a Clue!” was run from 2006 to 2008 on The CW network. Now the new series, “Scooby-Doo!Mystery Incorporated” begins broadcasting on the Cartoon Network in 2010. The repeats of the series are telecast regularly on Cartoon Network and Boomerang in the United States and other countries. 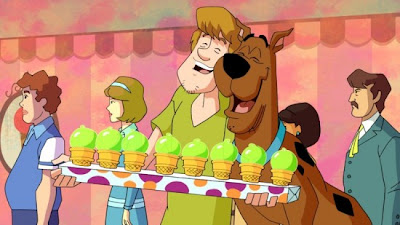 Scooby-Doo! Mystery Incorporated short summary: In the series, Crystal Cove is the most haunted town in the world, but that doesn’t stop Scooby and the gang from trying to prove that most of its most famous tourist attractions were fakes (much to the anger and dwindling profits of their parents). But when a radioactive barrel is accidentally opened releasing a hideous sewer beast that cocoons it’s victims in frozen yogurt, their mystery solving skill are put to the test.

Episode 1: “Beware The Beast from Below”
Episode 2: “The Creeping Creatures”
Episode 3: “Secret of the Ghost Rig”

Scooby-Doo, Norville “Shaggy” Rogers, Fred Jones, Daphne Blake, Velma Dinkley, Scrappy-Doo return for solving mysteries in the spooky town of Crystal Cove in the animated Scooby-Doo! Mystery Incorporated. Crystal Cove is a sleepy coastal village that boasts a long history of ghostly sightings, werewolves and glowing deep sea divers. Because of all the mystery, Crystal Cove has become a tourist hotspot, taking in major profits and the townspeople don’t appreciate the meddling of the renowned sleuthing team. 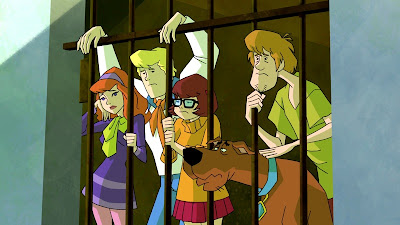 In the new series, the curious gang investigates every circumstance with a questioning mindset. Ghosts and monsters may exist, but extraordinary claims require extraordinary proof and the gang will stop at nothing to learn the truth of Crystal Cove. In addition, the drama will not be limited to paranormal activities. The gang will be portrayed as real teens with real problems, dealing with situations that arise in their families and personal relationships within the group.

Scooby-Doo! Mystery Incorporated features the voices of Frank Welker (What’s New, Scooby-Doo?) as Fred/Scooby-Doo, Mindy Cohn (The Facts of Life) as Velma, Grey DeLisle (Batman: The Brave and the Bold) as Daphne and Matthew Lillard (the Scooby-Doo films) as Shaggy from Warner Bros. Animation. Sam Register (Teen Titans, Ben 10, Batman: The Brave and the Bold) is the executive producer. Spike Brandt and Tony Cervone (both Duck Dodgers, Back at the Barnyard, Space Jam) are the supervising producers. 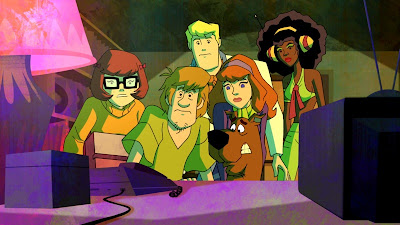 The Cartoon Network is currently seen in over 97 million U.S. homes and 166 countries around the world. It is Turner Broadcasting System, Inc.’s ad-supported cable service now available in HD offering the best in original, acquired and classic animated entertainment for kids and families. Turner Broadcasting System, Inc., a Time Warner company, creates and programs branded news, entertainment, animation and young adult media environments on television and other platforms for consumers around the world. 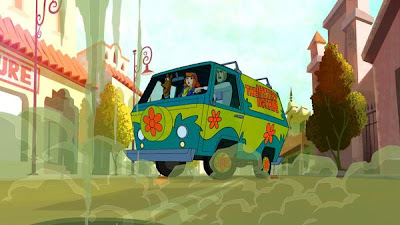 Announced earlier this year at Cartoon Network’s annual upfront event [recent A.I. news: “CN Upfront 2010 News” (04/2010)], CN and Warner Bros.’ Scooby-Doo! Mystery Incorporated is centered on Crystal Cove, which has become a bit of a tourist hub for its supernatural occurrences. Throughout the series, the kids of Mystery, Inc. go about town sometimes welcomed, other times not so much no doubt doing their best to “meddle” among the paranormal.

Video of Scooby Doo! Mystery Inc.E-01 Beware The Beast From Below from Youtube: