You are here: Home / Entertainment / Sarah Brightman & Jackie Evancho on America’s Got Talent

An American television reality show talent competition, America’s Got Talent ended on 15th September, 2010 by announcing winner’s name, Michael Grimm. In the finale of the show, each contestant performed with their idol. Jackie Evancho sang with Sarah Brightman who is one of the youngest contestants in the show. The winner of Season 5 Grimm performed ‘Me and Bobby McGee’ with Jewel. Prince Poppycock with Donna Summer and Fighting Gravity did their thing while Lionel Richie sang Dancing on the Ceiling. 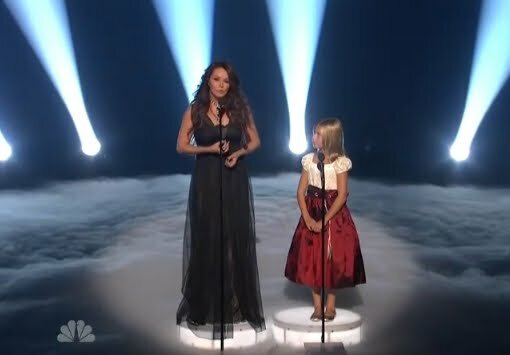 Sarah Brightman with Jackie Evancho on America's Got Talent

Jacqueline Marie “Jackie” Evancho is only 10-year old girl from Pittsburgh, Pennsylvania. She is daughter of Michael and Lisa Evancho. She has an older brother, a younger brother, and a younger sister. At the age of 7, she has started singing after watching the movie Phantom of the Opera. After hearing Jackie’s singing, her mother allowed her to enter a local talent contest just for fun. She finished as the runner-up and was voted the audience favorite. She is the first runner-up of America’s Got Talent season 5. She studies singing with a voice coach, and also plays the violin and piano.

Jackie sings in the “classical crossover” style and is inspired by singers such as Hayley Westenra and Sarah Brightman. Sarah Brightman is the most prominent performers in the genre. She is an English classical crossover soprano, actress, songwriter and dancer. Over 30 million albums and more than 2 million DVDs were sold worldwide. She started her career as a member of the dance troupes Pan’s People and Hot Gossip and also released several disco singles as a solo performer. She made her musical theatre debut in Cats in the year 1981. She also played a role of Christine Daaé in several Broadway musicals including The Phantom of the Opera.

Jackie Evancho sang “A Time to Say Good Bye” with Sarah Brightman in the finale of America’s Got Talent. She sang excellently which proved to be some good wholesome fun for the audience. It was an opportunity to Jackie to have an experience of a lifetime as well. But, when it came to Jackie Evancho and Sarah Brightman, sadly Jackie blew Sarah away. Her vocals were so strong and forceful leaving such an emotional moment on the audience. The crowd goes wild for them both, plus jump to their feet. 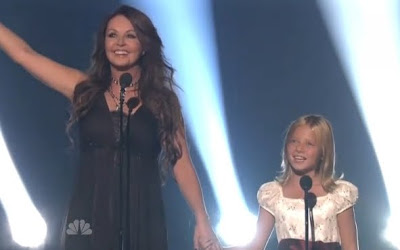 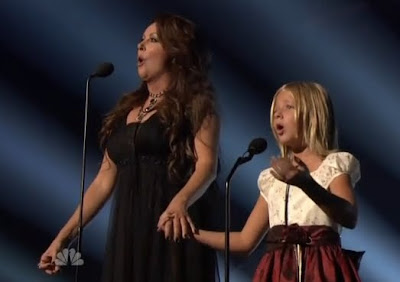 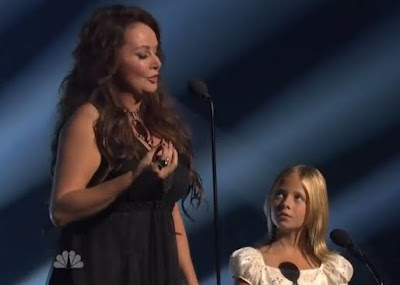 Video of Sarah Brightman sing with Jackie Evancho on America’s Got Talent FINALE from YouTube: