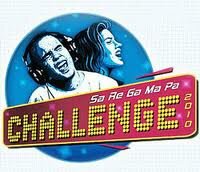 One of the popular reality shows of Zee TV, ‘Sa Re Ga Ma Pa’ is ready to rock again with its new avatar ‘Sa Re Ga Ma Pa Super Star’ from 13th August, 2010. ‘Sa Re Ga Ma Pa Singing Superstar’ telecasts every Friday and Saturday at 9.30 p.m. on Zee TV. The show starts with 18 contestants which were chosen by judges from 165 auditioning centers.

‘Sa Re Ga Ma Pa Super Star’ is one of the biggest platforms for the upcoming singers. Composer Vishal of the music director duo Vishal Shekhar told reporters at the launch of the programme at Renaissance hotel here, “SA RE… is such a platform where we get to see such singing superstar, who will become a new voice of our music industry“. 18 contestants was chosen by singers Sajid-Wajid, Daler Mehndi along with Vishal Shekhar from Indore, Bangalore, Guwahati, Bhubaneswar, Baroda, Kolkata, Nagpur, Mumbai, Jalandhar, Lucknow, Jaipur and Delhi, as also from Dubai, New York, London, Australia Bangladesh and Pakistan.

‘SA RE…’ has been the pioneer of music reality shows on television. The 15th year of the show will be entitled as ‘Hero Honda Sa Re Ga Ma Pa Singing Superstar’. ‘SA RE…’ completes its 15 years and Vaidya feels proud of the fact that it has given singers like Shreya Ghosal and Kunal Ganjawala. Nitin Vaidya said, ‘There is no comparison of ‘SA RE…’. It has given stars like Shreya Ghosal, Kunal Ganjawala and many others. This is one relentless effort that ZEE has been making with the help of the music fraternity for last 15 years’.

Vaidya added further, “This is the first time we are conferring a title to the winner – ‘A Singing Superstar’. A singing superstar is one who has complete command over the basics of music – ‘Sur’, ‘Taal’ and performs with a voice that holds the audience captive and mesmerized”. The show will undergo a revamp in terms of its look and feel which will now be new, young and contemporary. The host of the season is ‘Rock on’ fame Purab Kohli.