“Little People Big World” couple, Matt and Amy Roloff become famous among the people all over the world. The show, “Little People Big World” enters its final season on 6 September 2010 so rumor is spread that the Roloff couple will go for divorce. Some fans are starting to wonder if the reality stars wedding is on the rocks as the program enters the sixth season. According to some sources Roloffs are divorcing, but other sources, which are more reliable, have confirmed that they are not. 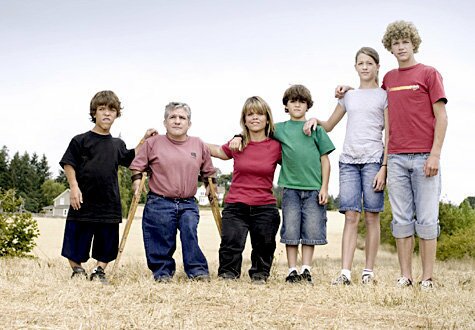 Amy Roloff is household mom of four children. Homework, social lives and extracurricular activities of four children are managed by her. She also holds two jobs like one part time for a local soccer club and the other as a preschool teacher. Dwarfism of Amy is the result of the most frequently diagnosed cause of short stature, achondroplasia, which occurs in one per 26,000 to 40,000 births, a genetic condition that results in disproportionately short arms and legs.

An actor, author, farmer and businessman, Matthew James Roloff is famous for taking part with his family in the reality television program Little People, Big World, which airs on TLC. The show features routine of Roloffs. Roloff has dwarfism, as does his wife Amy and one of their four children, Zachary.