You are here: Home / Entertainment / Raven Symone’s drastic weight loss – Before & After Photo

At 37th Annual People’s Choice Awards, Raven Symone was considered startling as she became slimmer than before. She got much attraction at this Award for her drastic weight loss. After looking at Symone many could not stay without saying “That’s so raven!” No? Former star of Disney, Raven looked appealing on Red carpet of People’s Choice Award (PCI). You can see the Raven Symone’s look before and after weight loss in the photo given below: 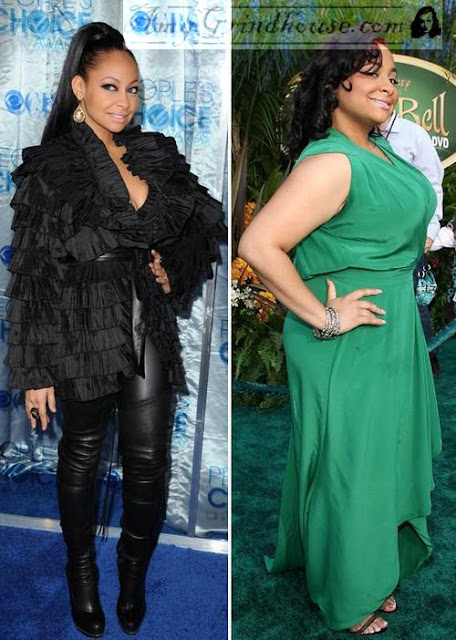 American actress, Raven is also popular as singer, comedienne, television producer, dancer and model. She had heavy weight in past but last year she lost about 35 pound of weight and this year became slimmer since. In black top and black leather pants with black Louboutins, Symon was looking fabulous in PCI.

Raven has been candid regarding her weight at all the time and says, “When I’m stressed, I gain.” She told that her weight loss occurred naturally after ending of Disney show due to hassle-free lifestyle. In award ceremony, raven told about her weight that she believed herself alluring even when heavier.

In interview Symone said, “Now I wear bigger clothes because I don’t like the way people stare at me.” She believes that before weight loss, people saw her for real reason and at present they are looking for incorrect reason. And she told that she is not happy with this type of consideration. Symone’s positive thought and self-belief for her weight makes her more popular.