Philip Treacy will be used as a theme on Project Runway’ which will be Original Aired on August 19, 2010 in the Episode 4 entitled ‘Hats Off To You’.Project Runway’ is an American reality television series which broadcasted on Lifetime Television and earlier it aired on the Bravo network. Project Runway’ focuses on fashion design and it is hosted by model Heidi Klum. To create the best clothes the contestants compete with each other. 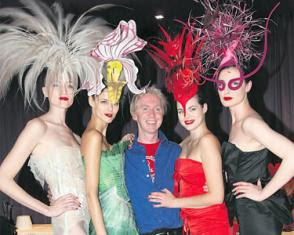 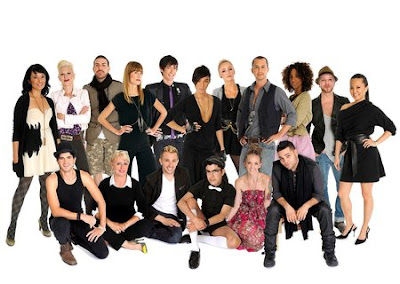 Project Runway is 2010’s number one rated and most watched competitive reality program on ad-supported cable among Women 18-49, Women 25-54, Women 18+, Adults 18-49, Adults 18+ and Households. They are usually restricted in time, materials, and theme. Their designs are judged and one or more designers are eliminated each week.

The 17 designer were asked to come up with a design to go with one of Philip Treacy’s famous hats. But in so doing, Philip Treacy’s work was catapulted out of the New York / London Fashion Culture and into mainstream American homes.

The designers were asked to create outfits to pair with a unique, avantgarde Philip Treacy hat. Prior to the challenge, the models were each randomly assigned a hat and the designers were able to select their model based on their hat.

Project Runway premiered on Thursday, July 29 at a new time, 9 pm et/pt, supersized as 90 – minute episodes. The hit series provides 17 talented designers in the most in series history with an opportunity to launch their careers in fashion, under the watchful eye of mentor and Liz Claiborne Chief Creative Officer Tim Gunn. Judges Michael Kors and Nina Garcia weigh in on the best and worst of the runway.