You are here: Home / Entertainment / Oprah’s Ticket registration for Australian Tour is started

Oprah Winfrey will be heading down under December with her friend John Travolta and 300 very lucky US viewers, announced by her. The tickets will be available only by a lottery via online registration at her website oprah.com and ten.com.au opening in October. 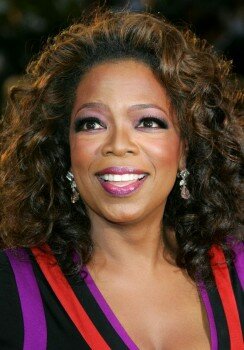 Her show will be aired in January 2011. This trip of Oprah is Down Under is part of Australia’s tourism promotion that cost most than $3 million dollars from the federal and NSW government.

Martin Ferguson, Tourism Minister said “$3 million is well spent on Oprah since Hollywood’s top earning host’s show has 40 million following, and is currently syndicated in 145 countries. This, Mr. Ferguson said, represents an opportunity to showcase everything that Australia has to offers to tourists.”

“This truly represents an amazing opportunity to showcase Australia, the warmth and hospitality of our people and the depth and breadth of everything our country has to offer visitors from around the world,” the Tourism Minister said.”We as a nation will win as a result of this coup.”

Around $400,000 bill to lure Oprah Winfrey to the Sunshine State will be faced by Queensland taxpayers.

It is expected by tourism bosses that the eight-day tour down under will provide a significant boost to visitor numbers, with The Oprah Winfrey Show boasting an international audience of hundreds of millions of people.

For Oprah’s Ultimate Australia Adventure audience reservations, you can submit your contact information at www.oprah.com and they will notify you when the reservation window is announced.

Winfrey will film minimum two episodes of her talkshow, with a special Sydney “Oprah” house show on December 14 during her Australia visit. At her show Winfrey’s around 3000 of Australian fans will also be invited to sit in the audience at Sydney Opera House.

“This is really my last chance to do something big. I thought would it be another trip to Philly? Or maybe New York or Los Angeles. Maybe I should take all of you with me to the other side of the world. You’re going to Australia!” added Winfrey, as the audience applauded and screamed.

Winfrey said “audience for the show Monday comprised “300 of her biggest fans” who have been “so loyal, we call you the ultimate. You have all been on this wild ride with me every step of the way, and for that I have deep, heartfelt gratitude to you all”.

She added, “We have been secretly plotting and planning this trip of a lifetime for almost a year with everyone at Tourism Australia. They are ready to roll out the red carpet for all 300 of us”.