As a part of TCM’s “Summer Under the Stars” series, twelve Olivia de Havilland movies are going to present on Turner Classic Movies on Friday, August 27. A British American film and stage actress, Olivia Mary de Havilland is one of the last surviving female stars from 1930s Hollywood. She had played a sympathetic character in a semi-popular (at least in classic film) type of film where a woman endures a mental institution in some way. 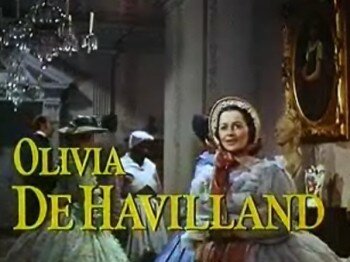 De Havilland isn’t at her best, but she won a well-deserved Best Actress Oscar for her role as the ugly duckling seduced and abandoned by handsome crook Montgomery Clift. The supporting cast includes former Paramount/Goldwyn/RKO/Warner star Miriam Hopkins, Ralph Richardson at his unmannered best, Vanessa Brown, and Mona Freeman.

De Havilland was a Warner Bros. contract player for most of her career as a Hollywood star. Since the cable channel was born over a decade ago, Olivia de Havilland movies have been a TCM fixture. Time Warner, which owns TCM, also owns the Warner Bros. library. The de Havilland-Warners split was both highly acrimonious and highly influential. Her film, the Heiress (1949) is one of the relatively few pre-1950 Paramount productions that widely available on cable/home video. 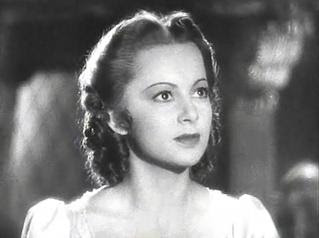 Bosley Crowther wrote in the New York Times, “Not many film producers are able to do the sort of thing that William Wyler has done with The Heiress, the mordant stage play of two seasons back. For Mr. Wyler has taken this drama, which is essentially of the drawing-room and particularly of an era of stilted manners and rigid attitudes, and has made it into a motion picture that crackles with allusive life and fire in its tender and agonized telling of an extraordinarily characterful tale.”