You are here: Home / Entertainment / Now Watch Scoundrels on ABC

The newest show “Scoundrels” is a television series which airing on the ABC network. “Scoundrels” is based on TV series Outrageous Fortune, a New Zealand TV series. The new series is one hour comedy drama which premiered on Sunday, June 20, 2010 at 9 pm. Michael Larkin, Michael Goldstein, John Lansing, and Bruce Cervi are the co-executive producer. 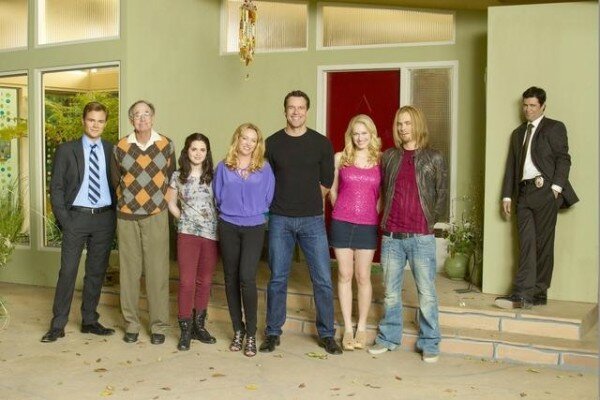 James Griffin and Rachel Lang are the creators of the series while Lyn Greene and Richard Levine are the writers of this plot. There are various stars in this show such as Virginia Madsen, David James Elliott, Patrick Flueger, Leven Rambin, Vanessa Marano and Carlos Bernard. In January 2010, ABC green-lit the show with an eight episode order.

In early February, Madsen was cast which followed by Flueger. Along with Neal McDonough, Rambin came on board in late February. Neal McDonough was originally cast as Wolf West and the filming of the series began on March 16, 2010 in Albuquerque, New Mexico. David James Elliot replaced the McDonough after three shoots because McDonough’s strict religious beliefs and refusal to film sex scenes.

As per ABC’s series description, Scoundrels follows the West family as they try to clean up their acts after Wolf West lands himself in jail, send-off his wife and kids to fend for themselves for four years. The show is based on the New Zealand series “Outrageous Fortune,” which was previously piloted as “Good Behavior” back in 2008 with Catherine O’Hara and Gary Cole in the lead roles.

The series follow a small town family who has always lived by two rules such as – Do not invade people’s homes, at least not when they’re in them, and never, ever use violence — unless there is no other option. Instead of the expected four months, Wolf West as David James Elliott is sentenced to a four-year prison term. The Academy Award and Golden Globe nominee Virginia Madsen will play the role of Cheryl. For the next few years, Cheryl West (Virginia Madsen) realizes that she will be a single mom.

It’s time for them to get out of the family business altogether decided by Cheryl, with the family coming apart at the seams. Well, it will be a difficult task for every member of the family. Leven Rambin is onboard as daughter Vanessa. Additional cast members include Patrick Flueger as twins Logan and Cal, Vanessa Marano as Hope and Carlos Bernard as Sergeant Mack.

In its first episode “And Jill Came Tumbling After,” you meet the West family and discover the events which pressed Cheryl to make the decision to try vary her family’s life around.

Check-out the given video of Scoundrels on ABC form Youtube: