Tecmo Koei have announced Ninja Gaiden 3 release date for Xbox 360 and PS3 behind closed doors at the on going Tokyo Games Show.

Tecmo Koei has announced Ninja Gaiden 3. This update came out of the Tokyo Game Show 2010. Estimated release date or platforms for Xbox 360 and PS3 are not disclosed yet. 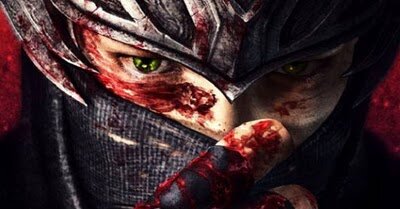 Fans of the Ninja Gaiden 3 have been eagerly awaiting news of a new Ninja Gaiden title for a while now. But as the original Xbox Ninja Gaiden mastermind, this news is taken with a sigh of sadness. Tomonobu Itagaki is no longer attached to Ninja Gaiden, having left the company in 2008 on bad terms.

Very few details exist due to this new title was only shown to the press behind closed-doors. Legendary ninja Ryu Hayabusa will return and he will portray in this game in more humanistic terms. But he will be even more violent than before. If considering the extremely violent nature of the series then that is even possible.

Most interesting is that whether or not the game will finally be true multiplatform. The series has never launched on both platforms at once, but it has been multiplatform in the past. Previously Microsoft’s systems got the initial exclusivity, but times have changed that’s why the game will most likely appear on both Xbox 360 and PS3. It may come in 2011 but it is not clear when the game is set to be launched.

According to the report on GamePro.com, Team Ninja leader Yosuke Hayashi said “the new sequel will share its developers’ resources with two other projects in the coming year, ‘Dead or Alive: Dimensions’ and a samurai action game called “Ni-oh.”

Ryu Hayabusa’s eyes reveal a strange white face in a dark cloak and the shape of what appears to be a flame. Through an image of Ryu Hayabusa, the new Ninja Gaiden 3 was only promoted and shown wholly covered in blood, trying to get his facemask off while also throwing a killer stare at the player. Team Ninja will work with Koei on the samurai action title with Kou Shibusawa leading the development team.

Team Ninja also discussed about Dead or Alive Dimensions created exclusively for the Nintendo 3DS handheld and will deliver full three dimensional gaming without the use of glasses.

Players are allowed to experience all the content included in the first four video game and the graphics seem to be on par with what gamers could experience on a GameCube, but with the added 3D effects in this game.