You are here: Home / Entertainment / Nicki Minaj Right Thru Me official Video Shoot

Last week, Nicki Minaj, an American rapper shot one more video, titled “Right Thru Me” that featured in her upcoming album “Pink Friday”. Watch the following posted official video of “Right Thru Me” in which the rapper looks like another girl. The theme of the song is based on the ups and downs in relationship of boy and girl. 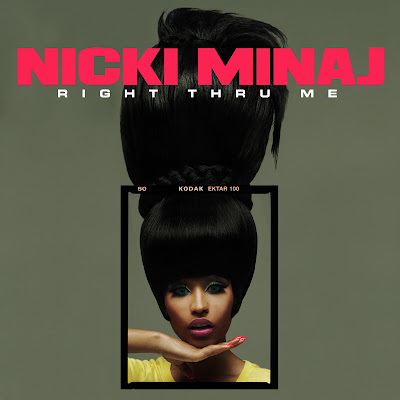 Actually Nicki’s video of “Right Thru Me” is the third official single from rapper’s forthcoming debut CD named “Pink Friday,” that will drop worldwide on November 23th. Her “Check It Out” that features will.i.am is also hit on internet.

According to Miss Info, the video of Nicki Minaj shooting a new video for her single “Right Thru Me” Entertainment Tonight interviewed the behind the scenes that showed that Nicki Minaj has officially gone Hollywood. In interview, she was asked about her song’s storyline.

The “Right Thru Me” video also becomes famous as “Right Through Me.” It is very interesting in view of her acting and an argument with her male lead with a completely rock and different look in curly low ponytail, subdued makeup, Missoni-style dress, etc.
The expected Nicki Minaj’s debut album “Pink Friday” is planned to emerge on November 23rd.

The 25-year-old, Nicki said about the video, “The concept of the video is boy and girl relationship, you know, all of the intimate stuff as well as the fighting as well as the self-reflecting type stuff.” She said, “It’s basically just a love story told from the perspective of a very hard girl who doesn’t want to give in but she has to.”

“The song to me is very, very personal,” she added.

Read Nicki Minaj – “Right Through Me” lyrics at www.hotnewsonglyrics.com.

Nicki Minaj – Right Thru Me (Behind The Scenes) Official Video from youtube:

Video of Nicki Minaj – Right Through Me (Official Video) from youtube: