You are here: Home / Entertainment / Next Food Network Star’ Winner is Aarti Sequeira

After defeating the two other competitors Tom Pizzica and Herb Mesa, Aarti Sequeira won the “Next Food Network Star” Season 6 finale which broadcasted on the Sunday August 15, 2010 on the Food Network in US. The show was hosted by Flay with Giada De Laurentiis.

From her own food blog, Aarti brought passion for cooking in front of the cameras, overcoming more experienced chefs and self doubt. Her culinary opinion is infusing Indian flavors and techniques into everyday American cooking.

Sequeira won the final challenge where the remaining contestants must tape a 3-minute pilot which was coached by the network’s personality Rachael Ray. A focus group became the judge and they thought Sequeira looked comfortable talking in front of camera even though she did not look at the camera often.

The finale started with three talented finalists including comeback kid Tom Pizzica, consistent Aarti Sequeira and family-focused Herb Mesa. Lastly, Aarti went up to the top and became the winner of Next Food Network Star.

All competitors appeared nervous but all were excited by the prospect of shooting their own pilots for the Food Network. They made their way to the Food Network kitchens and were greeted by not any other than Rachael Ray. He shared that she would be directing their pilot episodes. She also allow them know that their pilots would be shown to not only the selection committee, but also a focus group comprised of Food Network viewers. Aarti was immediately intimidated by the idea of being judged by complete strangers. 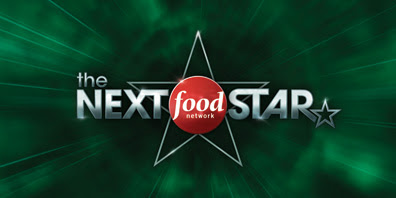 Then Rachael called to each contestant for sharing their planned dish for the pilot. Aarti shared that she wanted to make an Indian pizza on Naan, while Herb went with a chicken and sausage frittata. Tom the self-proclaimed ‘big chef’ planned to create a roast chicken.

Tom Pizzica has a big personality in front of the camera. He has been the front-runner for most of the show to get his own show on Food Network.

Herb was the first to enter the test kitchen for pilot-time, and struggled mightily out of the gates. He ran way over the three-minute limit during his first take. Rachael called him to look at the camera during his second go-round, but he was clearly frazzled. For combating his fear, he taped photos of his girls to the camera and finally managed to get into a groove.

Then Aarti was up next with her pilot experience. She opened smoothly but faltered during her first take. After taking a few moments to breathe, she delivered a knockout pilot. Rachael commended Aarti as comfortable in front of the camera, and the contestant herself was delighted with her performance. Aarti Sequira has a popular food blogger. She brings her Indian-style cuisine together with an American taste that has made her the favorite of many viewers.

Aarti, the New Jersey native has no experience in the professional kitchen but she won the judges’ affection with her bubbly personality and unique effort to combine Indian flavors to everyday American cooking. Her Indian-themed proposed program, “Aarti’s Paarti” would be none like the network has so far, making her a stand-out from the starting.