The winner of the India’s first Desi girl is Roshni Chopra. Yesterday, Grand finale of NDTV Imagine show Desi Girl took place at Mumbai, this was a unique and entirely different reality show. Total 8 girls from glamour and film industry participated in this reality show. 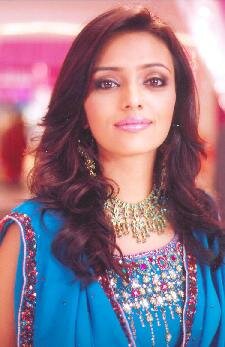 On 21st May 2010, Desi Girl was started on NDTV Imagine. Desi Girl contestants had sent to Sialba Majri, Punjab. And like other reality shows every week one girl used to eliminate from show and finally there were only 3 contestants left for Grand Finale of Desi Girl Reality Show. After 6 weeks, Desi Girl Show had 3 final contestants – Ishita Arun, Kashmira Shah and Roshni Chopra. Winner of Desi Girl is declared in the 7th week of the Show.

Winner was declared by help of votes of Indian Public and Public of village Sialba Majri. However domination of votes was for Sialba Majri as their dominance was 70% and other was 30%. Desi Girl participants had to win the heart of the villagers. So, the Show ultimate destination was “Dil Jitegi Desi Girl”.

Kashmira shah was leading with a big margin after final voting of Indian Audience and Roshni was on last place, but votes of Sialba Majri population changed the game entirely and Rohni Chopra was declared final winner.

After winning the show Rohni said to Media, “My experience in Sialba Majri has been one of the most fulfilling and challenging journeys. And I can proudly say is that the seven weeks I’ve spent here have helped me discover my inner desi girl,”